Real Dominatrices have many a bone to pick with the show.
Top

Why are they always so pushy?
Top

I haven't watched the show and really don't care to but this point bugged me and I can see why it did so with them.


The fact that Mistress May has her own verified Twitter profile, at a time when many sex workers have been subject to shadowbanning or outright banning by major social media platforms, is an additional issue to many who have watched the show. The practice of shadowbanning — or removing a social media profile from suggested accounts to follow, and making it difficult for people to find — is widely used by large social media platforms to silence sex workers, says Jessie Sage, a sex columnist for the Pittsburgh City Paper and an organizer with the advocacy group SWOP Pittsburgh who has been subject to the practice and has written about Big Tech discriminating against sex workers. Although Twitter has denied shadowbanning users, Sage says sex workers have reported otherwise, and it has had an impact on their livelihoods. “Many sex workers have reported that this is dramatically cutting into bookings and sales,” says Sage. So watching Twitter “[shadowban] all of our accounts, but then verifying an account for a terrible show about sex work” feels like a particularly rough slap in the face.

Finished Matsuoka's (and Yamashita's) 2016 Midnight Diner. A delightful (and varied) low-key 10 episode series, made up of independent little stories for each episode. Episode are only around 23 minutes -- but seemed to cover plenty of ground despite an unhurried pace. The diner owner/chef (Kaoru Kobayashi) has a great face and presence and there is a nice cast of regulars (sort of a Greek chorus) -- but most of the stories (and acting therein) involves guest stars -- all of whom are very fine (and many are familiar from movies I've seen). The food in this always looks quite delicious...
Top 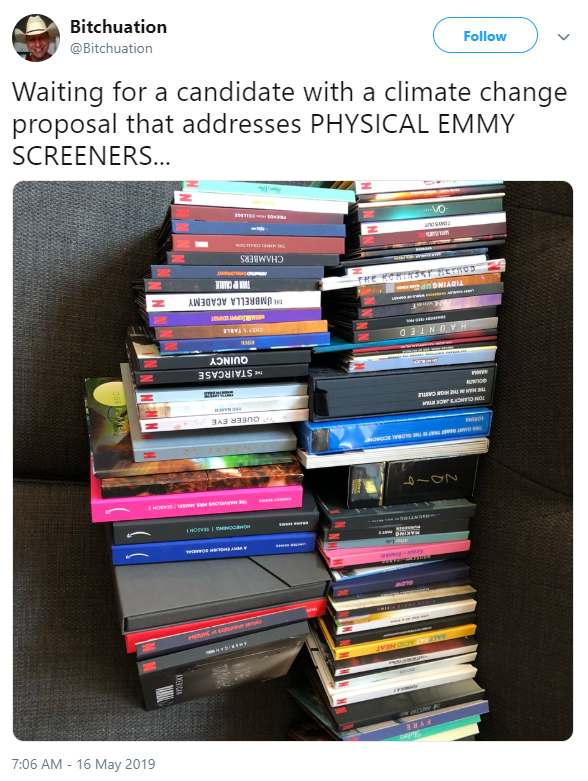 Oh, the irony of the Marie Kondo show being among those.
Top

The HBO miniseries Chernobyl is currently #1 on the imdb Top 250 TV of all time at the moment. Recency bias aside, I think it belongs at or near the top.

Reverend Drewcifer wrote: ↑
Tue Jun 04, 2019 4:49 pm
The HBO miniseries Chernobyl is currently #1 on the imdb Top 250 TV of all time at the moment. Recency bias aside, I think it belongs at or near the top.

Binged that over the last couple of evenings. There is way too much competition to declare it the greatest TV show ever and at times the dialogue is a little clunky but it’s fantastic all the same. The physical efforts and sacrifices made to contain the disaster is as close to a glimpse of hell ever depicted.
Top

When Chernobyl was first announced as a miniseries with Craig Mazin as the Writer/Creator, I was hugely disappointed. This story always seemed like an ideal opportunity to make a boots-on-the-ground war film about the Liquidators struggling against a variety of crises, or maybe something with the tone of Come and See. Mazin's previous credits were also seriously uninspiring. It seemed that his only positive contribution to the culture was his Twitter feed, where he ridiculed his former roommate Ted Cruz (!). That he pulled this off at such a high level, and that the miniseries format worked, means I was proved doubly wrong, and I was more than happy to be wrong in this case. This hearkens back to a very special window of time when HBO original movies and miniseries were leveraging genuine masters like John Frankenheimer and craftsmen like Joseph Sargent, Roger Spottiswoode, and Chris Gerolmo to make damn good movies.
Top

It’s certainly a step up after Scary Movie 3&4 and The Hangover 2&3. I read an article where Mazin cited Come and See as a major influence on the series.
Top

I’ve started to listen to The Chernobyl Podcast which is an excellent companion piece to the series.
Top

Has anyone here been watching Gregg Araki's Now Apocalypse?
Top

I would rather stick forks in my eyeballs, but I’d be happy for someone to try and convince me otherwise.
Top

I finished episode three. It's basically Kaboom and Nowhere but in L.A, and focused more on actors. I'm rather fond of Araki when he is in his weird mode like those two films (less so of his other films with the exception of the great Mysterious Skin) and so far it's pretty pleasant in it's portrayal of the entire gender and sexual spectrum. I won't be able to convince you if you hate the guy, but it's pretty fun and I don't think there are much stuff around like this.
Also, since he mentions working on it as a prerequisite for this, but has anyone also seen Red Oaks? Remember quite liking the first episode
Top

I've watched the first two episodes of Chernobyl and I've been a cold sweaty wreck throughout.
Top

dda1996a wrote: ↑
Fri Jun 07, 2019 12:37 pm
I finished episode three. It's basically Kaboom and Nowhere but in L.A, and focused more on actors. I'm rather fond of Araki when he is in his weird mode like those two films (less so of his other films with the exception of the great Mysterious Skin) and so far it's pretty pleasant in it's portrayal of the entire gender and sexual spectrum. I won't be able to convince you if you hate the guy, but it's pretty fun and I don't think there are much stuff around like this.
Also, since he mentions working on it as a prerequisite for this, but has anyone also seen Red Oaks? Remember quite liking the first episode

Speaking of beautiful piles of physical media, does anyone have a list of which Netflix shows have received physical media releases so far? I know that as far as the UK goes Black Mirror Series 3 and 4 have received Blu-ray releases through a company called Dazzler Media, and AllTheAnime have just released the first season of the anime-styled Castlevania series on Blu-ray too (I'm kind of hoping for Devilman: Crybaby to get a Blu-ray release at some point). But I am unsure as to others.
Top

Finally got around to seeing Now Apocalypse and loved it which is not exactly a surprise as Araki is another I've been a fan of from way back. But he is still hit and miss with me, with his most highly regarded, Mysterious Skin, actually being among my least favorite (I think some of that may just have to do with how greatly I admire the source novel). Anyway, this series has, not surprisingly, seemingly received a pretty mixed response, especially perhaps from those who don't like to see what they consider a more regressive and juvenile Araki as opposed to the allegedly more sophisticated one of Mysterious Skin (and White Bird in a Blizzard I grudgingly suppose). But as ever this misses what is so great about Araki's broad absurdist farces, as warped mirror representations of our current reality at the very least (that's also why it doesn't matter if he includes references or dialogue that is already dated before it's even produced; it's *all* glorious kitsch after all).

This show has his usual day-glo bombast as heightened expression of states of being but there's less here that is as overtly apocalyptic as in his greatest work, The Doom Generation. Here it resides more fully on the surface and while there is continuity with his filmography this one is clearly more closely related to Kaboom! than Totally Fucked Up. But in certain ways this is also, and deceptively, an extremely observant and insightful work. As with the Refn show this is about the state of both contemporary America and the broader culture. And the length here allows for Araki to really get at a lot of details, as often unflattering as not, and recognize the difficulty of really being able to take a position for or against them. It is a remarkably bold and gutsy show to be produced right now and not just because of the relentless sexual depictions, absurdist or not, though this is, revealingly, what many if not most have fixated upon.
Top

Anyone been watching Succession - the 'not about the Murdochs' King Lear-esque saga with Brian Cox as the ailing patriarch of a media empire and his horrible kids jockeying for power? Ferrell and McKay are involved but don't leave just yet because it's written by Jesse Armstrong (Peep Show, The Thick of It) and has some other great UK writers - Lucy Prebble, Tony Roche. Two episodes in and it's gripping but everyone is just awful.
Top

Early shout out to the usually stellar American Experience on PBS. Though I’m only 2 parts in, Chasing the Moon has quickly stood out among the recent Apollo documentaries. There’s a lot of good stuff on Wernher von Braun, minorities who contributed and the Soviet side of things.
Top

Everybody is gearing up for the release of Mindhunter season two tomorrow, but I'm just as excited for the 13-years-in-the-making return of Invader Zim! (Which, in my opinion, still has one of the best first episodes of any animated show.)
Top

Just finished the second season of Dark. Definitely my favorite show on here after The OA got cancelled.
Top

Paramount Network is doing these I Am documentaries about dead celebrities, that are essentially puff pieces but I understand the intent to a degree. The one on Chris Farley, which was made in 2015 when the channel was still Spike, has a maudlin haze over it, but mostly avoids the more ghastly aspects of his downfall, which considering the all-star list of people talking about him, makes sense. Plus maybe I could see it as exposing his work to the younger generations who didn't watch the movies or him on SNL but could get a kick out of his work. As for me, the most revealing footage was his interview on Letterman that's featured in this.

The one on Patrick Swazye is a little less interesting, not being as invested in his work bar Point Break and his bizarre presence in Donnie Darko. The "pretty boy" is a precarious position to be in, almost like a one-hit wonder if one isn't too careful with the choices they make. He did well enough to transcend it like in those performances I mentioned, but didn't make as clear a transition to being more respected like some guys with that tag did. It couldn't have helped he was deep in his 30's when he did Dirty Dancing and Ghost, either. As for the show it was okay enough, such as the interviews with his co-stars, all in praise of his work ethic. Anybody who hasn't seen C. Thomas Howell lately would probably be in shock.
Top
Post Reply
86 posts