Re: Pre-2000s Television on Bluray

Charmed is still pretty well liked in the gay community, or at least some corners of it.
Top

Re: Pre-2000s Television on Bluray

domino harvey wrote: ↑
Tue Aug 07, 2018 9:15 pm
Legit question: do either of these shows have a fanbase to support these releases? Or are they just trying to cash in on the recent reboots of both series? 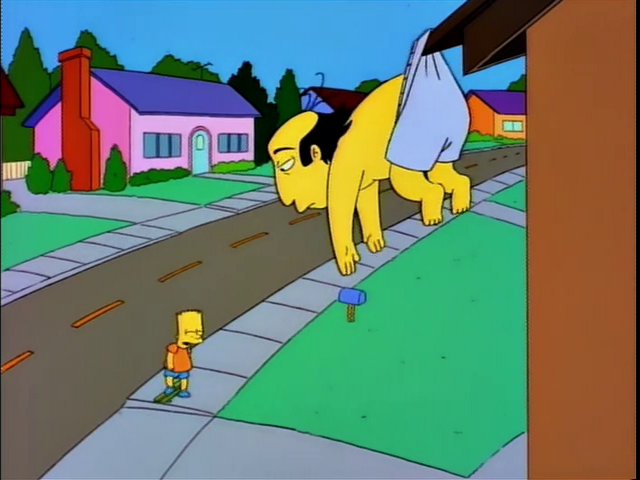 I mean, they couldn't even get people to buy the Simpsons on Blu-ray, reference not withstanding!
Top

Exactly, the biggest problem with The Simpsons on Blu-ray is that Fox never went back and gave us the first twelve seasons. Had they done so, it conceivably could have meant a lot for the adoption of TV on Blu-ray in general. These days, people assume TV goes DVD-only unless it's an HBO drama or a genre show like a Star Trek series.

In fact, that's not just now, it's really been since the Blu-ray format started.
Top

I hate that HBO dropped the Blu-ray for the second and final part of Vice Principals. To add insult to injury, they apparently squeezed the entire second season--some 270 minutes--onto one DVD, and then released it only as a three-disc DVD set bundled with the two-disc first season DVDs. I kind of liked that series (mainly for Walton Goggins), and I wanted to see how it resolved. I'm not sure who Danny McBride pissed off at HBO with that series, but the hell if I'm going to watch the conclusion on anything less than a proper Blu-ray release.
Top

I know streaming is a dirty word around here, but HBO GO does exist, and it's usually quite easy to find someone you know to borrow a login from (or vice versa, as I've sent mine out in the past...)
Top

domino harvey wrote:Legit question: do either of these shows have a fanbase to support these releases? Or are they just trying to cash in on the recent reboots of both series?

Noted on the Doctor Who thread but not here was that the first Tom Baker season came out on Blu Ray - the UK Limited Edition sold out almost immediately and is now getting silly prices on Amazon, but the non-limited US and Australian editions are easily available. Having missed this I'm hoping for a standard UK release, otherwise will import the Australian edition. The DW podcast, Radio Free Skaro, had a particularly interesting couple of interviews with people involved in the set.

Anyway, the next one up is Peter Davison's first season. Not as obviously fan-declared classic as the Baker, but a really solid set of stories (Kinda overcomes some production issues, and one notoriously over-ambitious FX short, to be genuinely remarkable, and Earthshock managed two great narrative surprises that my 12 year old self went crazy about).

Also, according to Radio Free Skaro monitoring various social media posts, it seems that Baker's final season is on the cards as well as various related personnel have been recording new extras.
Top

The Baker set had technical issues with a couple of the discs, and replacements are forthcoming, for anyone unaware. I wasn't sure what they'd do with the next set, but Davison's first series is a decent choice. I'd have liked Pertwee's first as well, but hopefully they get to everything in time.
Top

Here is 1080p video from CBS for the MacGyver remaster (which was previously only available in a different video at 240p) advertising the release of the first season in October. Sweet Jesus, it looks good.

And here is the same thing for Charmed.
Top

These Mill Creek Blus have been shit quality, but I guess its about the best we'll get anytime soon. Not like anybody wants to go back and remaster a whole tv show.
Top

According to IMDb the show was filmed on 16mm (location shots) and video tape (studio shots). Not sure how much effort was put into remastering, or if any of the 16mm elements were used at all.

And in case you missed it, Network are releasing Monty Python's Flying Circus also in November.
Top

Not previously noted, but since my last update there has been a continuation of the original run of Doctor Who on Blu Ray. The final season of Tom Baker's did indeed come out, as has Season Ten / Jon Pertwee Season 4 (starts with the first multi-Doctor story and finishes with the one with the giant maggots). About to be released (if not out already) is the final Colin Baker season (the Trial of a Time Lord - technically one story, but actually four stories where the final story ties up the surrounding trial storyline), not really a fan-favourite, and out for Christmas the final Sylvester McCoy series (ie the last series of 'Classic' Who).

I've dipped into these and the picture quality is a step up from the DVDs (I gather they've gone back to the original master tapes and thanks to the extra capacity of the discs there is (I understand) minimal compression), obviously there are limits but on the whole worth an upgrade. There are a lot of extra features as well (and many of the original DVDs hardly stinted on extras either) and are very reasonably priced. The only issue is that the UK releases are limited editions and sell pretty quickly - I think all the earlier releases are OOP - but the US releases aren't (although the disc content is, I believe, the same).
Top

The complete series of Police Squad! is getting a Blu-ray release in Australia
Top

Paramount will be releasing the complete series of Mission: Impossible this fall.
Top

Universal is releasing Monty Python's Flying Circus: The Complete Series in the US on November 10th.
Top

Wildly, it seems the discs will be the same as even the Network branding remains on the box art (the only difference being no BBFC logos). Wonder if they do more potentially pipular things like New Avengers or Danger Man as have been speculated if there’s a decent chance this could be an ongoing US output deal.
Top