My guess is they're providing BD format for theatrical screenings of these movies, along with a DCP possibility.
I'd rather question how you can book movies that show no format at all !
Top

AGFA and Something Weird have detailed their upcoming release of Satanis: The Devil's Mass and Satan's Children. 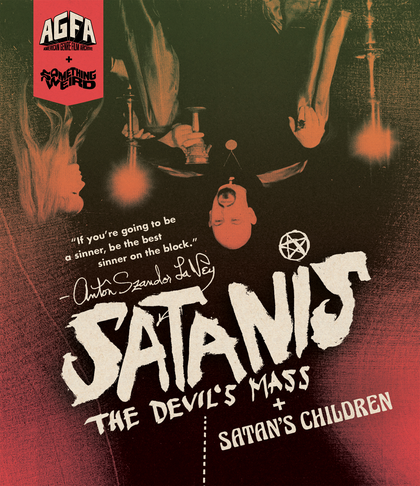 
Press release wrote:Satanis: The Devil's Mass is the unseen and unbelievable exposé on Anton LaVey, America's favorite leader of the Church of Satan. Feeling like a bedtime story as told by Kenneth Anger and Russ Meyer, this is a wild glimpse into the witches, black masses, and sex lives that built San Francisco's most infamous cult. From LaVey's daughter ("I think they're nuts!") to a nude woman who performs a satanic rite with a Boa constrictor, you'll meet numerous proto-goths, midnight maniacs, and daytime Draculas -- and even a pet tiger named Togare! In the words of LaVey, "There is a beast in man that should be exercised, not exorcised!"

Made by one-and-done filmmakers in the gutters of Tampa, Satan's Children is an Afterschool Special from depths of hell... literally. Bobby is a troubled teen with problems. After deflecting his father's insults and his stepsister's come-ons, Bobby unknowingly ends up at a gay bar. Before long, he's sexually assaulted by four guys in the back seat of a car. With nowhere else to turn, Bobby joins a cult of Satanists to enact his murderous revenge. A truly deranged gut-punch, this is a gritty and baffling "experience" that could have only happened in Florida.

Not sure when this happened, but Glen or Glenda has been given a new scan by AGFA and Something Weird. We could see this hit the home video market as early as this year.
Top

Absolutely. For me it was TOP-5 psychotronic experiences of this decade. Far beyond late 80's/early 90's movies like Deadly Prey, Hard Ticket to Hawaii or Samurai Cop that get hyped up these days. I saw Who Killed Captain Alex? as closing movie of an all-night mystery movie festival and I had not heard of it before, so there was a huge surprise element and receptive, delirious atmosphere, but for me the freshness and energy levels were almost like seeing Tetsuo for the first time.
Last edited by Slaphappy on Sat May 11, 2019 5:11 am, edited 1 time in total.
Top

Satanis was disappointing back in the day when DVD came out, but Satan's Children used to be one of my favorites of the SWV catalog. No boobs or funny monster outfits. All the exploitation elements were in the events that unfolded. Weirdly vague, chilling and unsettling movie. Curiously similar to Suffer Little Children production-wise now that I think of it. In both cases it seems that someone with no experience in directing or producing movies had just decided to do a satanist scare romp with a bunch of kids in their early teens.
Last edited by Slaphappy on Sun May 12, 2019 4:34 am, edited 2 times in total.
Top

Boosmahn wrote: ↑
Tue May 07, 2019 8:49 pm
Not sure when this happened, but Glen or Glenda has been given a new scan by AGFA and Something Weird. We could see this hit the home video market as early as this year.

Let's hope Wade Williams doesn't get in the way!
Top

Absolutely. For me it was TOP-5 psychotronic experiences of this decade. Far beyond late 80's/early 90's movies like Deadly Prey, Hard Ticket to Hawaii or Samurai Cop that get hyped up these days. I saw Who Killed Captain Alex? as closing movie of an all-night mystery movie festival and I had not heard of it before, so there was a huge surprise element and receptive, delirious atmosphere, but for me the freshness and energy levels were almost like seeing Tetsuo for the first time.

A friend and I went for a few laps around the flea market after breakfast today and I found this (on the bottom shelf in the last booth at the very back): 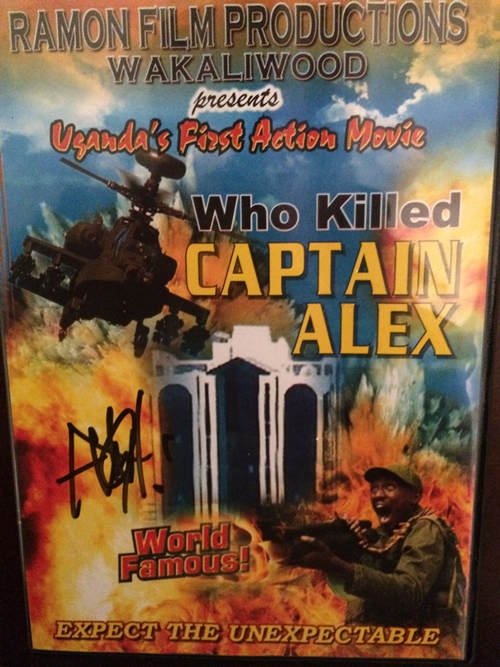 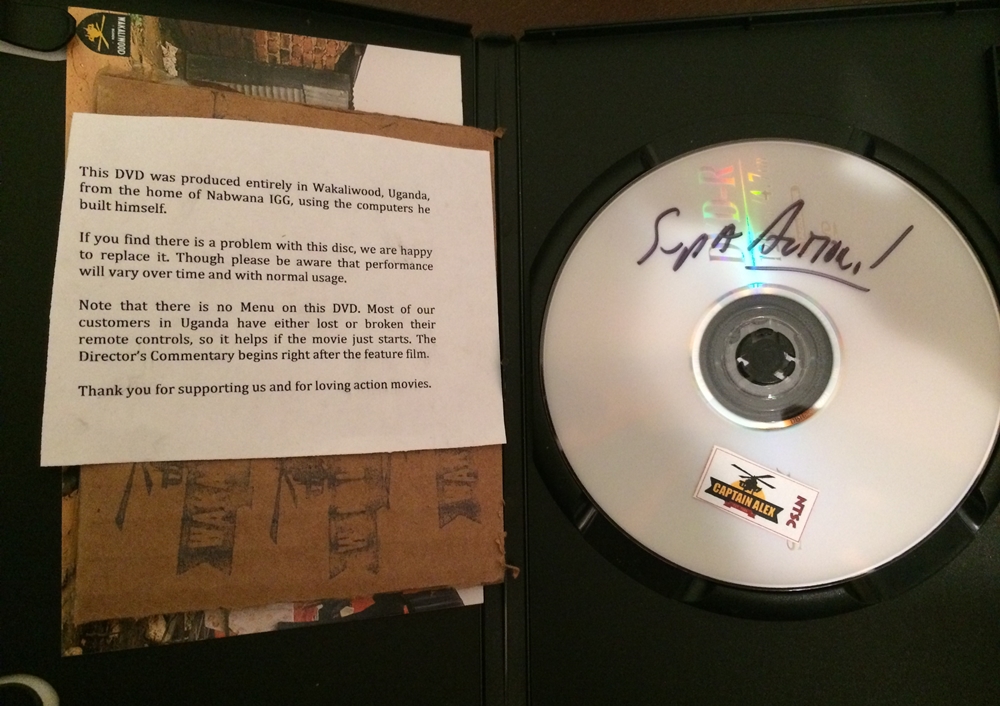 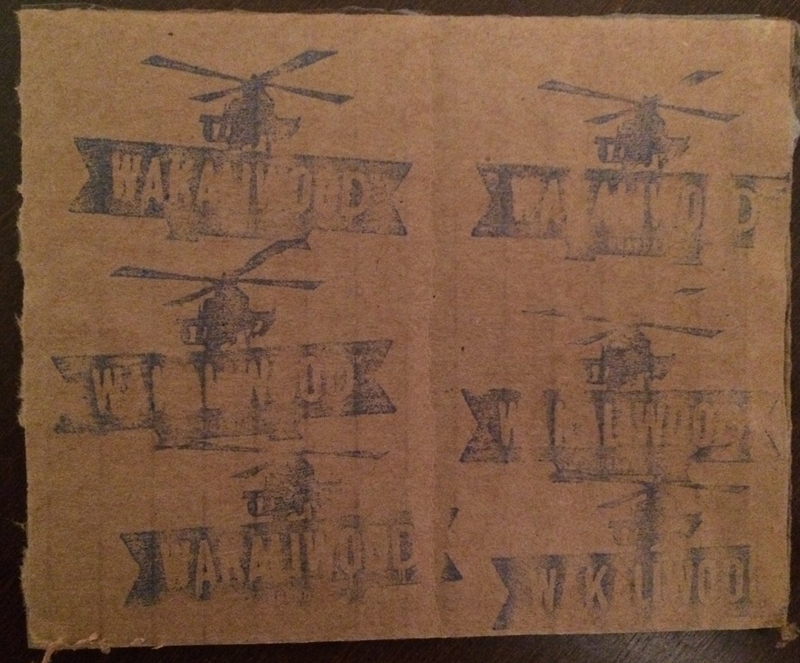 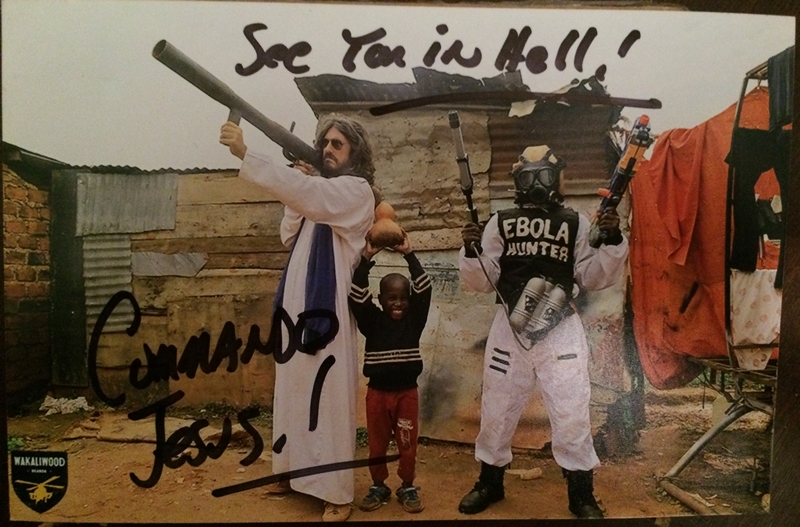 Yep, that is genuine Wakaliwood-branded packing cardboard. May Commando Jesus smileth on all of you as He hath smilethed on me
Last edited by tarpilot on Mon May 13, 2019 7:16 pm, edited 1 time in total.
Top

AGFA and Something Weird have detailed their upcoming release of Mary Jane's Not a Virgin Anymore and I Was a Teenage Serial Killer (titled "The Films of Sarah Jacobson"). 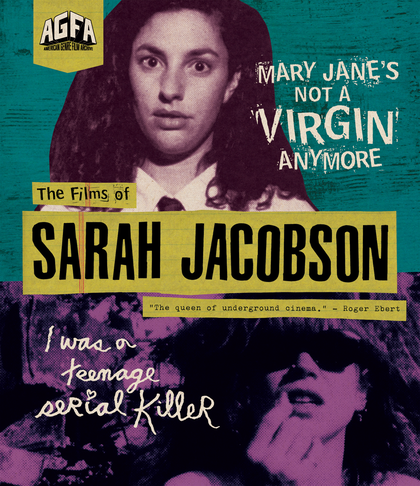 
Press release wrote:Sarah Jacobson's punk-spirited DIY films from the 1990s combine B-movie aesthetics and riot grrrl feminism, standing as a testament to the vision, determination, and raw talent of the Queen of Underground Cinema. Mary Jane's Not a Virgin Anymore, Jacobson's only feature film, is a vibrant and vital antidote to every phony Hollywood teen picture, bringing lo-fi realness to the coming-of-age genre.

The 27-minute short, I Was a Teenage Serial Killer, is Slacker meets Valerie Solanas, as a 19-year-old woman responds to catcalls, condescension, and bad sex the only way she knows how: murder. Taking on every major function from production through distribution, Sarah Jacobson proved herself as a shitkicker and rulebreaker, finding fans in filmmakers Allison Anders (Gas Food Lodging) and Tamra Davis (Crossroads), as well as Kim Gordon of Sonic Youth.

tarpilot wrote: ↑
Sun May 12, 2019 8:59 pm
Yep, that is genuine Wakaliwood-branded packing cardboard. May Commando Jesus smileth on all of you as He hast smilethed on me

That's cool looking edition! I wonder if the Agfa edition will have the original soundtrack, that has some music that could be expensive to get rights for.

As I checked out Nabwana I.G.G.'s filmography Saturday I noticed that I actually already own one of his later movies Rescue Team, so Commando Jesus had blessed me without me even realizing that before.

AGFA has detailed their upcoming Blu-ray/DVD release of Scary Movie (no, not that Scary Movie). 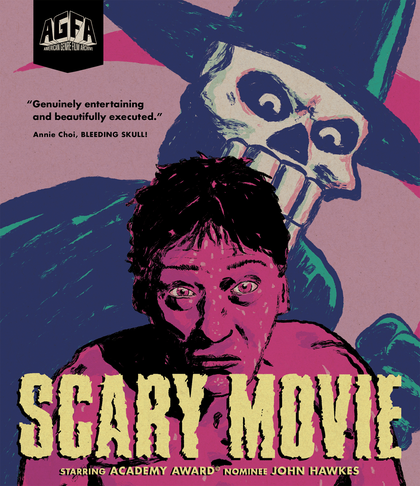 
Press release wrote:Never legitimately distributed until this very moment, Scary Movie is a joyous horror triumph starring Academy Award nominee John Hawkes. On Halloween night, big-time nerd Warren (Hawkes, channeling a mix of Buster Keaton and Crispin Glover) attends a spookhouse in a small Texas town. But is the haunted house as harmless as it seems, or has a psychotic mental patient found a new stomping ground? Shot in Austin, Texas, Scary Movie combines Argento-esque neon, Freddy Krueger dreamscapes, and slapstick inspired by Evil Dead 2 to forge a valentine to Halloween, rubber monster masks, and chopped-off limbs. From the songs by Roky Erickson and Butthole Surfers to the surrealistic mood, this is a true discovery for adventurous horror-heads.

Who Killed Captain Alex was still pretty damn inspired zero budget film making though to quite as intense as I remembered. Great low-fi action boosted by crazy VJ-commentary.
Top

AGFA and Bleeding Skull! have detailed their upcoming Blu-ray/DVD release of Wicked World. This marks their first Blu-ray collaboration (and fourth overall). 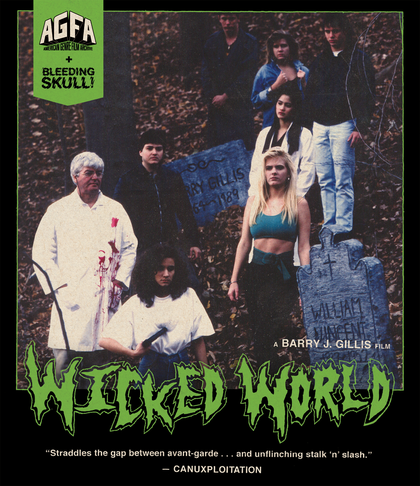 
Press release wrote:In 1989, filmmaker Barry J. Gillis and friends renewed the world's faith in Canada with the horror brainbomb known as Things. But that was only the beginning. Virtually unseen until now, Wicked World is not only Gillis' 1991 follow-up to Things -- it's also a new form of genre anarchy. Grant Ekland (Gillis) is a cop who is haunted by the death of his girlfriend at the hands of a psychotic slasher named Harold. When Harold is released from an asylum, there's only one option for Ekland: revenge! Filled with metal riffage, gnarly ultra-violence, and experimental techniques, Wicked World feels like what would happen if Salvador Dali injected acid directly into his brain while staring at a Cannibal Corpse LP cover. This is a highly personal treatise on the toxicity of society from one of the most singular filmmakers in trash-horror history. If you survive Wicked World, you'll never forget it.

Please note that Wicked World was shot on 16mm film and edited on tape. This transfer is taken from the original 3/4" master tapes.

Here's the Red Letter Media Best of the Worst episode dedicated to the new AGFA release of Wicked World. From that video it looks as if it is working in the same territory as a (sillier!) contemporary of Der Todesking! Warning that the film contains improper usage of both plastic bags and stock sound effects!
Top

Has anyone seen Ed Wood's Take It Out In Trade? How does it compare to Wood's other movies or to something like Multiple Maniacs (referenced on the back cover of the Blu-ray)?
Top

AGFA, in collaboration with Bleeding Skull!, is set to release The McPherson Tape (aka U.F.O. Abduction) on Blu-ray come April 28.
Top

My gullible, 13-year-old self was scared shitless when I saw the remake of this film, Alien Abduction: Incident in Lake County, on TV in the late 90s. Filmed like a standard tabloid documentary with real "UFO experts" (who apparently didn't realize they were being interviewed for a fictional program), it was convincing enough for me and several classmates to have a panic-stricken conversation the next day at school. Too bad it's not being included as a bonus.
Top

The 2017 director's cut is included, though, but I can't find anything about it online.
Top
Post Reply
67 posts