An ongoing survey of the Criterion Forum membership to create lists of the best films of each decade and genre.
Post Reply
370 posts
Message
Author

to be one and the same. I voted for it this time.

I feel bad. I didn't really participate in this round but still sent my previous list in to swo17 anyway. Good news is that it probably vaulted The Oyster Princess to top spot, which I'm really pleased about. I'll try harder for the 20s!
Top

No, you actually placed Les Vampires higher, narrowing the distance between the top two spots.
Top

Ah well. I think it was I Don't Want To Be A Man that I ranked higher. Sad to see Bauer fall so drastically too.
Top

Here are the results in handy IMDb form.

I've assumed The Moving Pavement and the Electric Train film refers to the four films that the Lumière brothers made at the Paris Expo about the travellator.
Top

Nope, it's this one. Also, Child of Paris should be this and Fireworks Display should be this. (To be fair, there appear to be duplicate listings of two of these, but the pages I've listed seem the most legitimate to me.) And Homunculus is tricky, as I believe all that survives is Parts 1, 4, and brief fragments of 3 and 5.

That is a handy reference though, thanks for putting it together!
Top

swo17 wrote: And Homunculus is tricky, as I believe all that survives is Parts 1, 4, and brief fragments of 3 and 5.

As far as I understand it, the 'work in progress' reconstruction undertaken by Filmmuseum Munich incorporates material from all six episodes (and even episode four, hitherto thought to be complete, seems to have some parts missing) and presents the material as 'one' film of currently 200 minutes length. As this version will most likely be the best way to get see the original films/serial, it probably makes sense to treat Homunculus as one film.
Top

Yeah, I was on the fence with that one. By the time we do the list again, hopefully we should have their new lengthy film version.

I’ll correct the list tomorrow and send the ones that have previous results from 1920s too.
Top

OK, I've made the changes and reference Homunculus as a single film. IMDb needs to be edited to get off the fence and treat the film either as a single 6-part serial film or a film and 5 sequels. I'm not sure what their principle is on this as Les Vampires is one thing and Fantômas is the other.
Top

Here's something I thought I'd share here (or maybe the "Our film/ our script" topic is more appropriate? I don't know), though it's a bit strange : 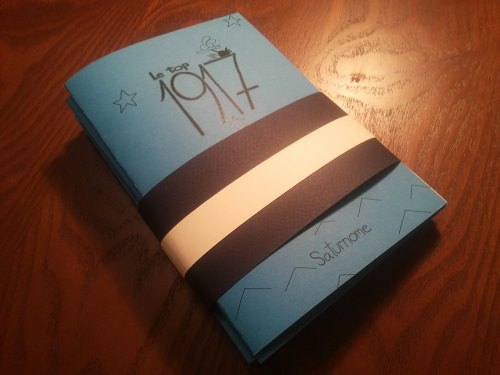 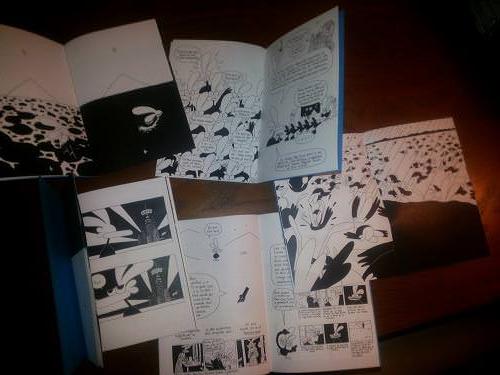 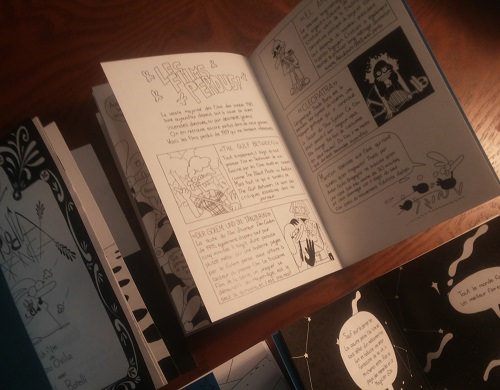 So, I made a 140 pages comic book about films in the year 1917, which I sold last week at a underground literature expo (it sold out on the first day, I'm not trying to sell anything here, it's gone! no reprint!), and this pre-1920s list have been useful enough that I made mention of it and a few people who posted here in the credits.

I talk quite a lot about how were films back then and such, but it's also this kind of experimental thing where other things happen (the "narrator" slowly get depressed). There's a top 5 of the best films of year, which is : 5. A Modern Musketeer, 4. La guerra e il sogno di Momi 3. The Poor Little Rich Girl 2. Rapsodia Satanica and 1. Terje Vigen.

That's terribly cool! Did you happen to scan an electronic copy? I'd be interested to read it.
Top

First post on the forum, which I was somehow unaware of until this week despite doing a lot of research in the past few years on movie history. I'm a huge fan and patron of Criterion and the community around it.

I just wanted to make a quick note and question about Alice Guy in particular. Satori's reviews are excellent, but the best research I've been able to find (in books and online) points to 1896 as the date for her Cabbage Patch film, not 1900. Does anyone have a reference for that?

I would also love to know of any films on YouTube of non-US/UK/French-directed films before 1908 (other than Kelly Gang and Maple Leaf Viewing).
Top

Zepfanman wrote:I just wanted to make a quick note and question about Alice Guy in particular. Satori's reviews are excellent, but the best research I've been able to find (in books and online) points to 1896 as the date for her Cabbage Patch film, not 1900. Does anyone have a reference for that?

I'm sure you're right; I probably just wrote down the wrong date.
Top

I'm reading Robert Sklar's Movie-Made America: A Cultural History of American Movies and have been taking care of some blind spots along the way.

In Sklar's account Porter emerges as one of the most interesting figures of the era, a man of obvious cinematic gifts yet an almost maddening lack of ambition, who pioneered numerous techniques years ahead of popular adoption but rarely utilized more than one at a time, and moreover made no noise when others took credit for his achievements. Reading, there are times you want to scream at him like a victim in a slasher movie, like when he accepts a job basically turning a crank for Adolph Zukor's deliberately dead-static theatrical adaptations, the same job that Griffith refused in order to start the revolution Porter very well could have set off himself.

There's not much to Teddy, but I got a giggle out of the jab at Roosevelt's macho persona. Fireman owes a significant debt to James Williamson's Fire!, but expands on it with close-ups, a more dynamically-presented rescue sequence, and a more sophisticated scenario (or a scenario). I was struck in particular by what must be the first instance on film of a hero "saving" his loved ones vicariously, with the protagonist's climactic rescue of a mother and child acting as a kind-of realization of his opening daydreams of, presumably, his own wife and child at home. First instance of technique transcending a schematic conceit?

Beanstalk, like Fireman, features some deadspots understandable from pacing etc still being hammered out (the long firetruck parade there, the giant's extended dinner here), more than made up for anyway by sheer charm and the kind of indelibly bizarre sore-thumb fantasy-dream sequence you only see in silents. That giant egg thing's gonna stick with me for a while. And dancing human cow is undoubtedly one of the best movie animals ever.

Has anyone read Charles Musser's Before the Nickelodeon: The Early Cinema of Edwin S. Porter? Reading Fireman's wiki page now, it seems the book argues the rescue scene was recut after the film's original release and Porter may not be responsible for its innovations after all!

These are two standalone entries of the long-running serial The Hazards of Helen, starring Helen Holmes, who did almost all her own stunts (plus some writing and possibly more). Some 120 episodes were produced, almost all of which are now lost. A shame, as these made for some of the most fun I've ever had with silents, featuring excellent, surprising action sequences and a truly rare protagonist for the time in Holmes' preternatually resourceful working girl. The Wild Engine sees her hired at a railroad company over the objections of one superior who thinks "women cannot use their heads in case of emergency." Wouldn't you know it, a stray cable causes a train to lose its conductor, and it comes to Helen to chase it down. First on a stolen motorcycle, which she rides off a bridge into the water (Holmes' own stunt) when the operator has to raise it for a quickly-approaching boat. There is a terrific little moment right before that as she zips along the tracks, with the camera fixed in front of her: 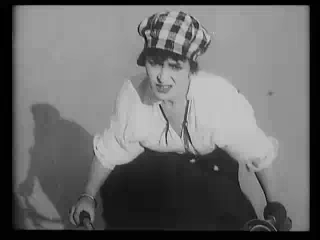 In what would seem from these films alone a recurring motif in the series, Helen avails herself of what's left behind by men (or just takes it); here, the motorcycle a beau parks outside her booth (along with a picnic lunch), or even the very controls and occupation in which she replaces one (perhaps a natural development in any female-led silent action movie, but nevertheless). In the even more impressive and exciting Open Track, she goes after a gang of counterfeiters, along the way fending off a sexual assault while driving! She then deliberately crashes her car into one of the counterfeiters, who is riding a motorcycle. Then she steals his motorcycle while he's unconscious (/dead for all she knows) and chases down a train, to the front of which the gang have tied two cops, then jumps on the train and stops it just in time to head off the rest of the gang. And just think--there's well over a hundred more of these we'll probably never get to see! A pang that Sklar describes perfectly: "How often did the early movies portray such courageous, competent, resourceful women? When did they disappear, and why? Each glimpse into unexplored aspects of the movies' past opens the tantalizing prospect of unforseen perspectives." (Books about 'em, too.)

Next: deeper into Mack Sennett, whose "sum total of vulgarity and violence through hundreds of films can only be described as awesome..."
Top

Good thoughts. Sklar’s book is a classic, it’s one of the foundational texts from my early Hollywood education. Haven’t read the Porter book but in general there’s no shortage of people trying to degrade the rep of Life of an American Fireman, probably in part because film historians have an aversion to claims of anything being “first” and so there’s incentive to argue otherwise
Top

Any other histories of the era you'd recommend, outside Brownlow? Hope to get to Eileen Bowser's The Transformation of Cinema later this year
Top

While I haven't read any of their (text)books, I recently discovered David Bordwell and Kristin Thompson's blog. It's a fantastic academic resource. Check out their "Ten best films" series that they post in December every year. They do the best films worldwide... from 90 years ago. So far, 1917 to 1928.

Mast’s A Short History of the Movies is another foundational text of early Hollywood film history, but be prepared for a lot of Great Man historiography. The first three volumes of the History of American Cinema books are also all good with some minor caveats. If you’re interested in distribution/audience stuff, Gomery’s Shared Pleasures is a personal fave. If you can afford it, Gomery and Allen’s Film History: Theory and Practice is another good one. If you’re interested in how early Hollywood was represented in print mediums (novels, etc), Springer’s Hollywood Fictions is a fascinating look at some rather obscure depictions. And de Cordova’s Picture Personalities is prob the definitive text on the silent era star system
Top

It's far less scholarly than some of the texts referenced above but I got a lot out of William Everson's American Silent Film when I first read it about twelve years ago, but I'm guessing I would feel differently now because I know that era of film a lot more intimately than I did then (as an illustration, I had just seen Sunrise for the first time when I checked it out) and now have much more strongly formed opinions about the period. Still, in my memory it's a worthy overview and is certainly written by someone deeply enthusiastic about the period and the form, which I appreciated.
Top
Post Reply
370 posts

Return to “The Lists Project”