I haven't seen either but now I'm intrigued. Do you mean superior for a sequel or miles better than the first film?

The latter. My writeups from the Horror List Project:

domino harvey wrote: ↑
Wed Aug 22, 2012 9:24 pm
When a Stranger Calls (Fred Walton 1979) Unsatisfying mashup of the dying post-French Connection cop flick and the still-gestating slasher. The film maintains a fair amount of horror cred due to its opening sequence, a serviceable depiction of the infamous "The call is coming from inside the house" babysitter tale, but any rope given is noosed shortly due to the inordinate amount of time spent on Charles Durning's lowkey vigilante-for-hire antics and the barely-registering presence of the villain. Thank God you don't need to really see this to enjoy the sequel.

When a Stranger Calls Back (Fred Walton 1993) And what a sequel it is! Like the original, this pic opens with a more or less self-contained first act. Yet this sequence is no mere gentile repurposing of a tired urban legend as in the first film, but rather a slow-burning ballet of suspense. A fresh-faced babysitter is placed in familiar territory (home alone, kids asleep) when she hears a knock on the front door. More than that I dare not reveal, except to say that the film utilizes dead space (both visual and aural), long shots, and expertly-placed insert shots within the generous academy frame to add layer upon layer to the snowballing dread. Simply put, the twenty-five minute opening of When a Stranger Calls Back ranks as one of the best (if not the best) examples of this type of horror-suspense, and even if the rest of the film was Troma outtake reels it would still make my list. Thankfully the remainder is pretty good too, with a particularly novel twist concerning the villain's abilities that is so ludicrous it floats by on audacity alone-- keep in mind this film came from the same hand as April Fool's Day, so Walton must get a real kick out of these sort of things!

The When a Stranger Calls set is now going to be region free.
Top 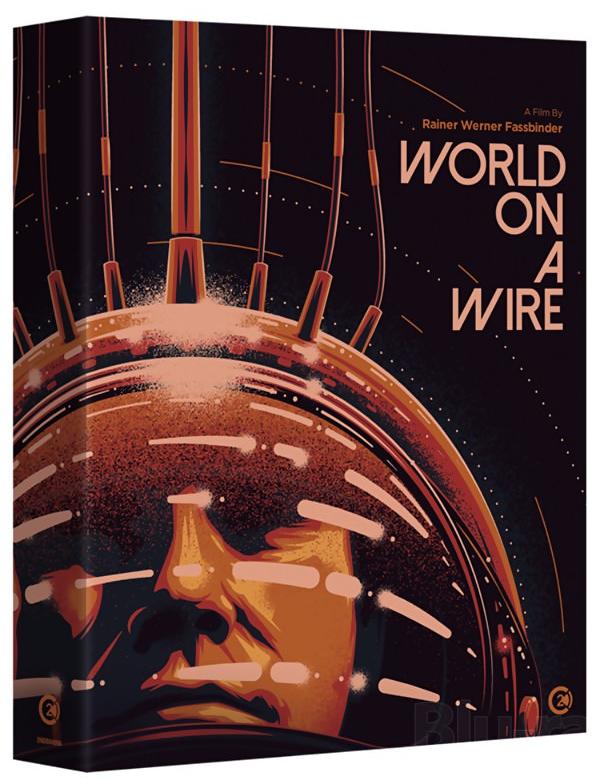 Will be presented in 25fps
Top

It looks like I need to put my Criterion for sale.
Top 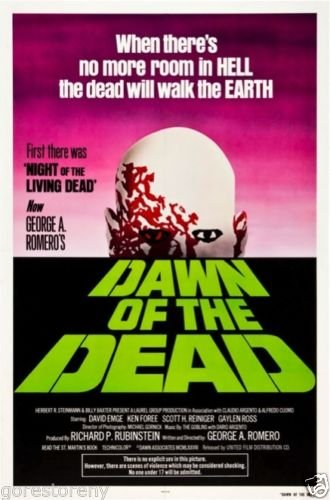 Yup, that's what it is. Shut up and take my money Second Sight.
Top

If this is it, I'm now even more glad I didn't go ahead and cave in that French silly crowdfunding campaign.
Top

Exciting news if they are able to do a new scan (or use a new scan, I'm not sure if Second Sight is able to afford to do their own scans) of the theatrical cut.
Top

I wouldn't hold my breath. It'll either be the newer 4K restoration or an older HD master, and I definitely know which one I'd prefer and be happy with.
Top

I haven’t been following: is there something wrong with the new 4K restoration?
Top

I haven't seen it, but the 4k Dawn is only the short Argento cut
Top

The old Anchor Bay RA is actually very good in terms of PQ.

Obviously no one’s going to complain about a new scan.

Any definitive release, obviously, requires the different cuts of the film.

Why so few details at this point?
Top

Second Sight confirmed they have Dawn of the Dead and Martin

We’re incredibly excited to officially announce our acquisition of George A Romero’s DAWN OF THE DEAD and MARTIN for UK Blu-ray and VOD following a licensing deal with New Amsterdam Entertainment. We will be releasing later this year and have a lot planned. More details to follow in coming weeks, keep watching this space...

I dread to think how much they had to pay for the rights unless Rubinstein finally came to his senses and made sensible demands. Either way, thrilled that Martin is finally getting the treatment it deserves!
Top

Doubt if Rubinstein come to his senses. On Second Sights Facebook page, Rob Galluzzo said that "...one of the biggest labels in the US negotiated for a year for both of these at a monstrous price, and the day of closing, he decided nah."
I imagine that Scream is the label he is talking about (he has done some special feature work for them.)
Top

Which begs the question of how Second Sight managed to get the UK rights from him. I believe he has the global rights to both, no?
Top

I've no doubt what Rob Galluzzo posted is true, though he also said in the same comment that Rubinstein doesn't own the UK rights, yet he's the CEO of licensee New Amsterdam Ent. I wouldn't be surprised if a US company went in with them to spread the cost; unless for some reason he doesn't view the UK market as valuable (which seems very unlikely).
Top

Yeah, he was mistaken about the UK rights (New Amsterdam's site says they have "George A. Romero’s Dawn of the Dead is licensed by New Amsterdam in all media in the USA, English Canada, United Kingdom, Australia/New Zealand, and Latin America" and they have the worldwide rights to Martin.) But, given the size of the population and since the Italian/French/German releases are playable on everyone in the UK's Blu-ray players, Rubinstein might see less value in the UK market or less value in holding out in the UK market.
Top

This misunderstanding may stem from the time when the original plan was to release the Argento cut in the UK, presumably licensed from him. But when it became clear that there would be extensive BBFC cuts to a version where the gore was close to the sole raison d’être, the Romero version was licensed and released instead, presumably from Rubinstein.
Top

Galluzzo appears to have deleted his posts saying that a US release is never happening.

On to the question of a new scan. This post from Michele De Angelis is, if true/accurate, good news

...interpositive for argento 's cut, interpositive extended, i believe OCN of Theatrical. I am taking care of the Argento's cut. And anyway Second Sight got access to Richard' s materials.

Interesting. This is sounding more and more promising.
Top

MichaelB and dwk seem correct on this. Perry Martin and Richard Rubinstein talk about the distribution of Dawn of the Dead at the beginning of the producer's commentary over the extended cut in that four disc "Ultimate Edition" DVD set that Anchor Bay put out in the mid 2000s. The film was a co-production between Rubinstein and the Italian consortium of Claudio Argento, Alfredo Cuomo and Dario Argento:

RR:...we basically, I don't want to sound too Hollywood, but we divided up the world

PM: And that would include Asia as well?

RR: Yes, that would include...to oversimplify it we kept the English language world and they got everything else, with the exception of Latin America which was also part of our territories rather than theirs. That was the foreign language exception. And that arrangement stands to this day, and Alfredo, Claudio, Dario, their group, continue to distribute the movie, and the movie still continues to get distributed on our side in our territories.

PM: And of course they cut an alternate version of the film

RR: Well, yes. Dario cut a version of it, and they had the right to do that, that he felt reflected more of what I'll call, let's call it an "Italian sensibility" or a foreign sensibility, which was in theory he was taking out some of the valleys or slower moments in the film that he felt for a foreign audience that they would lose it because of the dialogue and there was slang or whatever. Or just the fact that there was dialogue at all. Even today there is a certain predisposition that movies are easier to distribute to foreign territories if they have less dialogue and more action. They travel well because you do not have to worry about translation subtleties or looping. So Dario's version was 2:01 out of our 2:06

There's a story that goes with that in terms of the UK which is that initially it was a territory that was going to stay with the Italians. It was the other exception. I cannot remember what came up but we renegotiated something and England became theirs in terms of the amount of the advance and ours after that. Of course the expectation was that there was going to be an advance and then there would be nothing after that! It did not turn out that way. In the course of things the UK distributor Neil Agran and his company bringing the film in they had to put it through the censor, which was a guy named James Ferman, and James basically looked at Dario's version which was the version which was submitted, and he wanted to take thirty minutes out, which would have been a catastrophe. It would not have been the same movie. We then submitted to him the 2:06, the US theatrical release version, and he only wanted to take out a minute or two. The difference he said was that he now understood the motivation. This was not gratuitous violence and it had a context, and it was that context that Dario had taken out which for an English language viewer certainly was important.

RR: No, I'm not. What I'm saying is that the five minutes that Dario took out, which I'll call the valleys without being specific, took away for Ferman what he saw as justification for some of the scenes that he initially thought were gratuitous in terms of violence and they gave him a character rationale that Dario had sliced away for the 'pure action' audience.

Interestingly it has been the even longer 2:17 'extended Cannes version' (which I prefer with the even longer longeurs!) that is the only one that has been shown on UK television by the BBC so far. Albeit with certain edits made.
Top

That may well be the interview that I was précising above from memory, so thanks for that.
Top

When I first saw Dawn, it was on BBC2 in 2000. It was the Cannes version but cut to match the earlier BBFC edits so it was missing a LOT of gore. By that point, the Cannes version had just come out on UK DVD with a few seconds of cuts -one of which was a reaction to the Dunblane Massacre.
Top
Post Reply
559 posts