An episode on the XFL is coming.
Top

So yeah, expansion teams really get under my skin...
Top

I know this was a goal of Bill Simmons' for a while and ESPN probably called in a few favors out of spite to get it done. I know Vince McMahon refused to let ESPN use any of the footage when Simmons sought it out for one of the original 30, and again for the 2nd season. Really excited for this.
Top

The one about the Magic hit me in all the nostalgic feels; that was the first sports team I ever fell in love with.

Still a Magic fan, and one with mixed feelings about Scott Skiles up and quitting today.
Top

I know this was a goal of Bill Simmons' for a while and ESPN probably called in a few favors out of spite to get it done. I know Vince McMahon refused to let ESPN use any of the footage when Simmons sought it out for one of the original 30, and again for the 2nd season. Really excited for this.

I'm skeptical as to how critical it will be. Vince will no doubt have a hand in this, and there will be some whitewashing of history going on. Quite a lot of the documentaries WWE has put out have stilted points of view towards the history of the pro wrestling business, usually making him look good.

It'll make an interesting comparison to the USFL a certain presidential candidate (who is good friends with the McMahons) is featured in quite a bit.
Top

Sports Illustrated on the Ric Flair doc, which will be set to air as early as Fall. Really looking forward to this, though I suspect some of it will be quite emotional and even hard to watch.
Top

Believeland reinforces what I mentioned earlier with regards to The Band That Wouldn't Die. At it's best this series can put you right in the middle or very close to an athlete's physical and mental endurance, the camaraderie of team sports, the sweetness of victory and the bitter pill of defeat. But for me (and hopefully without alienating some of you who I know who follow sports much more closely than I), most of that goes out the window when they turn the camera around to the fans. It's nothing personal per se, but when you see that kind of fandom in it's fullest form it does make you realize the disproportionate amount of attention we'll pay and passion to display towards something that doesn't change our lives in any significant and meaningful way besides the obsession with the team. When it's working-class types and sports writers/radio jocks, that's fine. But when you see city officials so deeply involved as well (as was the case with Baltimore as depicted in The Band That Wouldn't Die) it makes me all the more cynical to the political process, and reaffirms my belief of that disproportionate focus being more distracting from real issues.
Last edited by flyonthewall2983 on Mon Jun 06, 2016 11:12 pm, edited 1 time in total.
Top 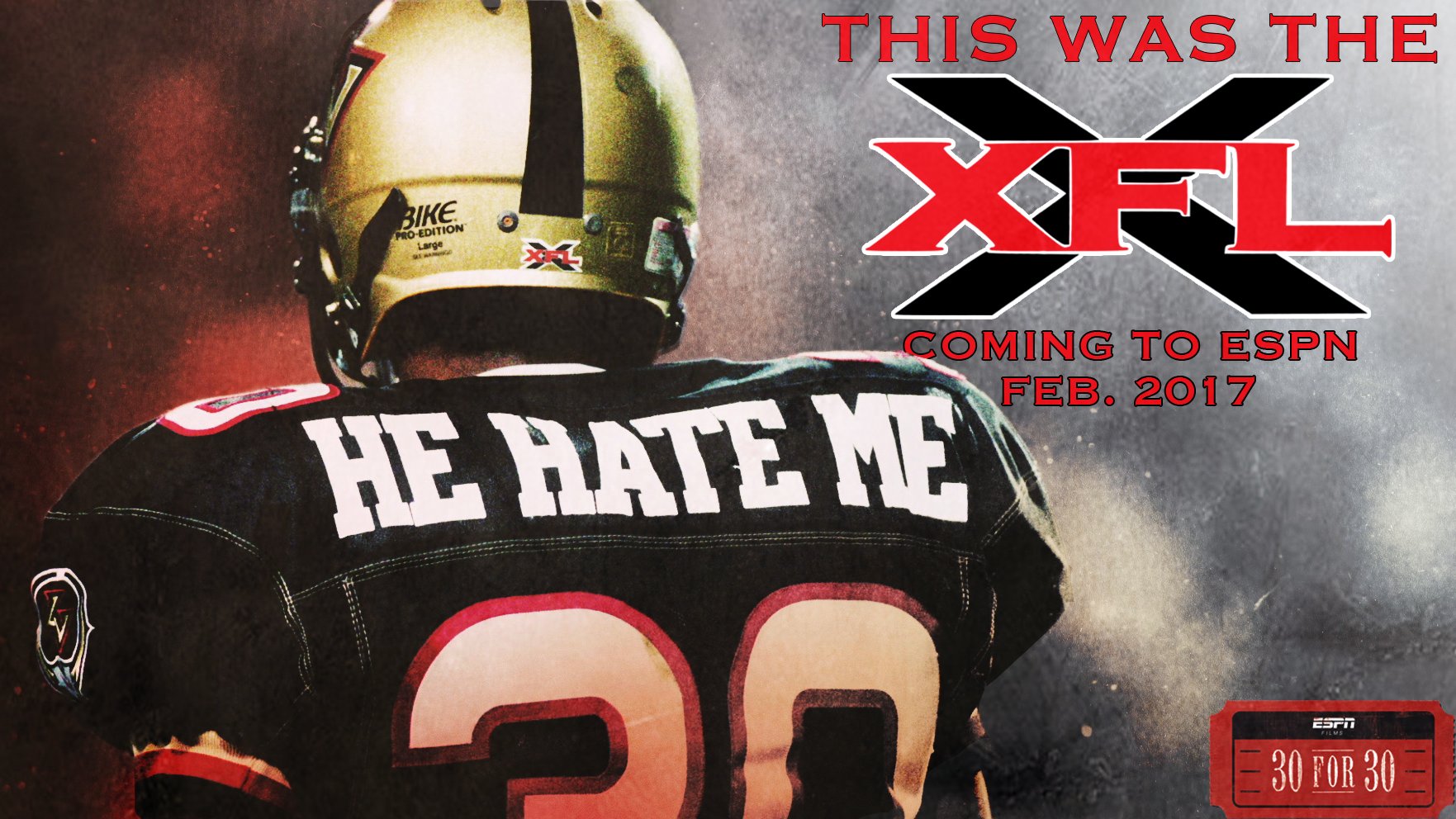 Pretty much all of the titles expire tonight on Netflix, so I watched two that I previously wasn't interested in. Little Big Men, about the 1982 Little League World Series champs. Without it's awful downbeat and pretentious voice-over I'd rate it a little higher, as it gets some of the little league experience down. Silly Little Game was a bit more upbeat, about the genesis of fantasy sports. I didn't think I'd find it at all fascinating but hearing how the people who essentially were there at it's conception have no stake (financially, and seemingly otherwise) in now what's a billion dollar industry definitely fascinated me.
Top

They left Netflix? That blows. Any idea where they're going?

Yep, they're all gone. And no idea where they will wind up, most likely on the WatchESPN app. I'd like to see them resurface on Hulu, which isn't out of the range of possibilities given they have a solid deal with Disney.
Top

Esquire article about This Was The XFL, and how the league set the stage for Trump
Top

Finally watched it last night. Shared my thoughts here, wondered what anyone else thought.
Top

Not ESPN, but I found the Larry Bird/Magic Johnson HBO doc on YouTube. It's probably one of the finest docs HBO Sports has ever done.
Top

Made by Ezra Edelman (OJ Made in America). For those interested his recent appearance on Longform where he talks a bit about the Magic/Bird doc and various other topics was excellent.
Top

What I took away from it watching it again is that Arsenio Hall must have been the world-champion of hangers-on. Magic, Prince, Eddie Murphy in the 80's? Damn.
Top

It would appear to me as if Showtime has stepped up it's game as far as sports docs lately too. Disgraced is a rather chilling, tragic and even darkly farcical tale of the 2003 Baylor University controversies. And quite well put-together. Hanan Townshend, the composer on the last several Malick films, did the score for it.
Top

Watched the recent Catholics vs. Convicts and the Celtics/Lakers one. Both really paint a good picture of how high the mania was for sports in the 80's, and how the issues of race and class were magnified.
Top

I was glued to the TV watching those games. It truly was showtime. It changed the basketball landscape forever. These players from the last twenty five years owe so much to that era. In the 70s the championship series was on tape delay during the week. Could you imagine that.
Top

You always forget how many fights broke out in that era... all McHale got for the Rambis clothesline was a T. Amazing.
Top

On a scale of excruciating to barely tolerable, how was Mike and the Mad Dog?
Top

It doesn't place on that scale. Mike and the Mad Dog was sadly under-baked, I'm afraid - too much of a wisp to really make an impact at all. Not sure how anyone thought making a 45 minute Wikipedia article adaptation about a five-hour daily radio show that spanned three decades was a good idea, but they did, and we get only the most superficial look at what made a regional show that only the New York market would have a lot of reference to, despite the opportunity to give us a lot more examples of why these talking heads had so much enthusiasm for it. Yes, New York would tune in every day, we've got that - but why? A topic would be introduced followed by a smash cut of quick clips of the show that kinda sorta bolstered the subject ("Francesa was grouchy," "Russo would go on amusing rants," "They were tough interviewers," etc).

This would've been much stronger as a full length or perhaps even two part documentary - at least giving footage of the show itself room to breathe instead of merely using it to spice up montages. I was disappointed, especially as someone who did not listen to it as a kid (saddled with increasingly woeful Philadelphia sports radio) - would have loved more showing and less telling.
Top
Post Reply
240 posts