1006 The Story of Temple Drake

Discuss DVDs and Blu-rays released by Criterion and the films on them. If it's got a spine number, it's in here. Threads may contain spoilers.
Post Reply
53 posts
Message
Author

1006 The Story of Temple Drake

The Story of Temple Drake 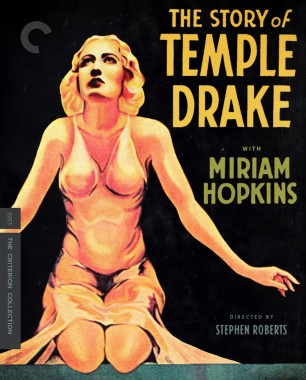 Loosely adapted from William Faulkner's controversial novel Sanctuary, this notorious pre-Code melodrama stars Miriam Hopkins as Temple Drake, the coquettish granddaughter of a respected small-town judge. When a boozehound date strands her at a bootleggers' hideout, Temple is subjected to an act of nightmarish sexual violence and plunged into a criminal underworld that threatens to swallow her up completely. Steeped in southern-gothic shadows by influential cinematographer Karl Struss and shot through with moral ambiguity, The Story of Temple Drake is a harrowing vision of sin and salvation that boasts an astonishing lead performance from the fiery Hopkins, whose passage through the stations of terror, trauma, and redemption is a true tour de force of screen acting.

• High-definition digital restoration, with uncompressed monaural soundtrack on the Blu-ray
• New program featuring a conversation between cinematographer John Bailey and Matt Severson, director of the Margaret Herrick Library at the Academy of Motion Picture Arts and Sciences, about the film's visual style, along with archival materials relating to its production
• New program with critic Imogen Sara Smith about the complexity of the film and its central performance by Miriam Hopkins
• New interview with critic Mick LaSalle about the film, censorship, and the Production Code
• PLUS: An essay by critic Geoffrey O'Brien
Top

Re: The Story of Temple Drake

Thanks, didn't know about that thread.
Top

Where's the thread for the covert sunglasses smilies?
Top

Nice, I am a big fan of the film, but the copies floating around aren't too stellar, I'm curious to see what it will look like!
Top

The original NY Times review.... Interestingly, the reviewer leaves out a very important aspect of the film.
Top

I would have liked this film, had I not read the book the month before. Not only is the movie a sort of cliff notes version of the novel, but it changes the novel's intention. The book is pretty graphic, describing rape with a corn cob, which naturally could not have been filmed back then anyway; but the film makes Temple a sort of a heroine, where in the book she turns out to be almost as bad as the roadhouse gang. The film has some great visuals though, especially Temple in the barn about to be attacked. The lighting is incredible.
Top

Forthcoming, as teased in the Criterion Newsletter Doodle

So this is presumably the Pre-Code Criterion has been teasing as forthcoming for so long, right?
Top

Must be. Would make a nice place for a bonus overview of the Hays Code and the era in general.
Top

Wasn't the rumored pre-code film something from the Warner catalog? As a Paramount film, this would coming from Universal, right?
Top

This falls under the “you learn something new everyday” category. I had no idea an adult male duck was called a drake. Very cool clue. Anyway, thrilled for this release. Saw the restoration a number of years ago. It looked great. It’ll be interesting to see how Criterion handles the supplements
Top

I’m not sure if I learned it from this song, but it’s def why I remembered it
Top 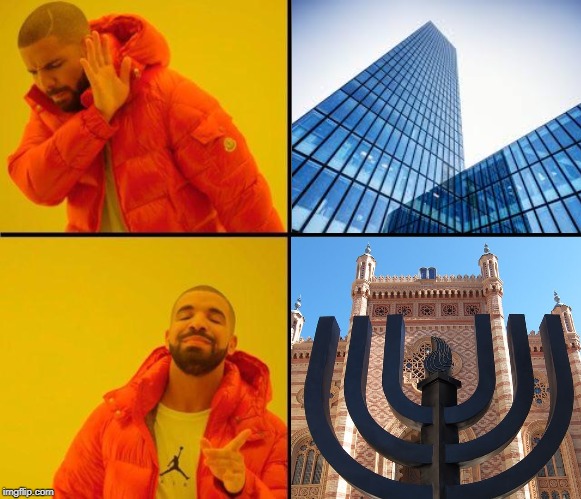 Shrew wrote: ↑
Wed Aug 28, 2019 1:07 pm
Wasn't the rumored pre-code film something from the Warner catalog? As a Paramount film, this would coming from Universal, right?

This should actually be licensed from Fox, as they bought the film from Paramount when they made the 1961 film Sanctuary. I believe the reason Paramount still had the film at that time was because its content/subject matter prevented any TV showings, which is the same reason The Miracle of Morgan's Creek wasn't sold in the 1929-1948 package to MCA in 1955. But my timeline may be off, with Zanuck buying it from Paramount before the MCA sale.
Top

I'm super psyched for this. It's my favorite Faulkner novel and it will be great to see a film version though I'll admit Richardson's sounds more interesting.
Top

Quite the (welcome) surprise, and considering the current political climate I imagine Criterion will have to release a decent load of scholarly material in the supplements. There are too many controversial readings for them to weigh in on, and ignoring them could be interpreted as dismissive on a larger scale.

There’s so much to like here just in technique alone sans analysis, but the nighttime frenetic car ride with flashlights as lighting near the beginning is nothing short of exhilarating.
Top

My first thought was that the new clue was for "Synechdoche, New York"... synagogue.. duckie... get it?

I'm really, really pumped for this title. The supplements hit all the right cords of code, Hopkins and look of film, if they're executed properly.

It would be great if the B&N sale goes through Dec 3.

This film will do no favors to those who have biases against old school Hollywood, as it is as stupid a piece of studio system malarkey as I have ever seen. I may have set a personal record for heavy sighing and swearing at the TV here. God save and protect me from all of y'all loving this in the coming months-- can I get mawh granpappy dah juhjuh to file a restrainin' ordah on yuhs awl? All the style in this world and the next can not begin to excuse the rampant, incessant idiocy of every character, all broadly sketched by the players from Hopkins' inconsistent "Sho nuff"s and "Awh killad uhm"s all the way down with no mercy. They are of course a perfect match for a dumb, dumb, dumb collection of melodramatic motions that call themselves a story (I have not read the source novel, and I'd sooner have a dog bite off my face than do so after watching this), and one badly paced at that, which in a film of 71 minutes is a feat in itself. But hey, here's some shadows and bleepings and i n t e n s e extreme close-ups amidst all the totes meaningful rapes and righteousness. What did aesthetics ever do to deserve having this film bolstered on its shoulders?
Top

Your post literally made me laugh out loud. I liked the film more than you (I imagine most everyone does) but only because I went in expecting the worst due to my own hatred of films revolved around rape including rape revenge, and was able to focus solely on the aesthetics after knowing I wouldn’t be able to have anything but disdain for the characters and overall content - though the most impressive technical achievements were near the start, so they couldn’t really help me sustain my ignorance towards the end either. I still welcome the release in the hope that Criterion takes some risks in how they discuss the material in their supplements, but it’ll likely be a one-off library rental, if that.
Top
Post Reply
53 posts