edit: shit, found confirmation. Marker's one of those guys who I've been happy to know was out there being alive from the first work of his I saw- this hits hard.
Top

I will choose to believe he faked his death to return to his home planet. I'll be inconsolable otherwise. As it is I'm already choking back tears.
Top

On his birthday, too. RIP.

That is crushing news. Sans Soleil is my favorite movie, more friend than piece of film, and like matrix said, it has made me happy over the years just knowing that Marker was still of the world, being a cool cat somewhere.
Top

I have no words. Only this: 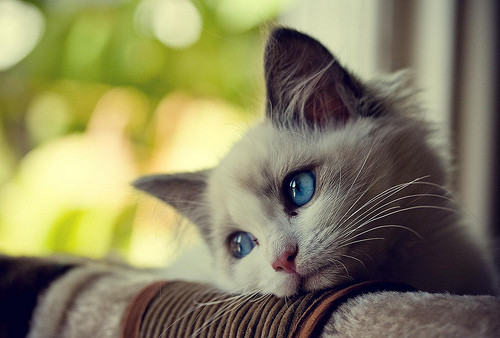 Marker is one of the all-time greats. So important to me and so many others because he showed that if your ideas were good enough, you could make an excellent film with no money, that you could turn the limitations of your means into an asset. And the essay film as we know it today owes him just about everything. Part of the shock of his passing for me is how his privacy shielded us from images of his advancing age. I shouldn't be surprised that he lived to 91, but given the fact that there are so few published pictures of him at any age I suppose he'd seemed ageless to me.
Top

Going to stay up late for a double feature of A.K. and A Grin Without a Cat tonight, if I can manage it. Maybe this is a good time to finally pick up his Tarkovsky movie, too.
Top

It is hard for me to express how much his films, and how he viewed the world, history, thought, culture, and the possibilities of cinema have affected me.

One day after his birthday.

Gene Youngblood just posted to Frameworks email list:
"I thought of him as one of the great writers of our time. The essay films are also sublime literary essays, ready for publication as such. And he was a visual poet. What an inspiration indeed!"
Top

matrixschmatrix wrote:Going to stay up late for a double feature of A.K. and A Grin Without a Cat tonight, if I can manage it. Maybe this is a good time to finally pick up his Tarkovsky movie, too.

And here's Jonathan Rosenbaum's article on The Last Bolshevik, ostensibly about Aleksandr Medvedkin and Happiness, but as with all Marker films, about a whole lot more:


Jonathan Rosenbaum wrote:Marker reminds us, even in his own disillusionment and bitter irony, that we’re much too eager to bury a history and a legacy we never really understood in the first place. Communism is over? Very well then: let’s take a good, hard look at what we’ve decided to dismiss. And weep, as Medvedkin once did when he found he could put two pieces of film together and have it mean something. “Nowadays,” Marker reminds us, “television floods the whole world with senseless images and nobody cries.”

The news of Marker really took the wind out of me: not only was he among my filmmakers, but seeing his work and reading some of the things he wrote, he felt very much like a kindred spirit, someone I should have known, like a very dear friend I never had the opportunity to meet. I am in tears -- I never suspected the death of someone I never met could have such an impact on me.
Top

It makes sense, though- for all his self obfuscation and playful trickery, Marker's one of the most intensely personal filmmakers whose work I've ever seen, and it's impossible to see anything he's made without getting a strong feeling of personality from it. The Case of the Grinning Cat in particular feels like a conversation with a friend you haven't seen in a while, though my friends aren't nearly that interesting. I don't remember a celebrity death that bothered me this much since Kurt Vonnegut.
Top

Kirkinson wrote:I will choose to believe he faked his death to return to his home planet. I'll be inconsolable otherwise. As it is I'm already choking back tears.

Documentary footage. This really makes me short of breath since even amongst the small handful of films I've seen from him I've gotten so much personality and even with the recent stuff he felt more like a terribly witty 17 year old than anyone close to 90 so this is just shocking. He has to be an alien.
Top

He apparently spent some time on Second Life, I have never been too sure what it was exactly (Some video game/chat room?) but that's pretty amazing for a 90 years old. He gave his last interviews through it's virtual world.

I had to draw a sad Guillaume.
Top

Catherine Lupton wrote:Before toasting death, Tchelidze had raised a glass to dialogue: that constant thread that holds The Owl’s Legacy and Marker's other interview-based works together. Dialogues for Marker can take many forms, but in this instance the link is made to communing with death itself, finding the impulse to face it and look at it finally as an equal.

We have lost a great philosopher.
Top

Strange that the New York Times--the Newspaper of Record--has not a single mention of the death of this great filmmaker (one would think that Dave Kehr would've clued them in). I stumbled across the news on Slate. I don't usually react to the deaths of 91-year-olds; I figure they lived good, long lives and slowly faded away. But this news gave me chills for some reason.
Top

No irony or joking intended, but I always thought that this video Chris Marker favorited on his YouTube page explained a lot about the man. He's always been my personal favorite of the New Wave generation and I honestly can't think of a time a director's death has hit me as hard as Chris Marker.
Top

That could even be what Guillaume is listening to in Chat écoutant la musique. For all of his great high art stuff it's nice to know that he could be just as silly as anybody else.
Top

Saturnome wrote:He apparently spent some time on Second Life, I have never been too sure what it was exactly (Some video game/chat room?) but that's pretty amazing for a 90 years old. He gave his last interviews through it's virtual world.

I had to draw a sad Guillaume.

My friend who knew him said she has spent all day on Second Life in his area, which is quite elaborate and is named ouvroir.
http://secondlife.com/destination/ouvroir-chris-marker" onclick="window.open(this.href);return false;

There's a French pun in the name. You can watch La Jetee in a cinema; Guillaume is there, etc. I've never been on Second Life myself.
Top

matrixschmatrix wrote:Going to stay up late for a double feature of A.K. and A Grin Without a Cat tonight, if I can manage it. Maybe this is a good time to finally pick up his Tarkovsky movie, too.

One Day in the Life of Andrei Arsenevich is the best piece on Tarkovsky in any form aside from Tarkovsky's own Sculpting in Time. A great essay on commonalities between his films and shot in his final days. It's very moving.

Marker's passing was oddly surprising as everyone has said. I think it's possibly because he just seemed like such a good guy. He lived by his own rules and he didn't seem to make enemies. When Godard dies I may cry because I'll never see another film by him but we all know he can be quite the prick. Never heard a bad word about Marker.
Top

I found out from the UK Guardian website. He was one of those who, despite his advancing years, the sad news still comes as a shock. A major loss.
Top

Still coming to terms with the fact that he is gone, but then again for me he never will really leave.
What makes this so surprising, at least for me, is that with many filmmakers you realize they are getting old and you expect it to happen, but Chris Marker never seemed to age, not his films nor the man himself. I didn't even realize his age until now - nor did I ever investigate - he simply was ageless and timeless and that's what he will remain for me.
Top
Post Reply
59 posts