Franz Jägerstätter, the main character of the upcoming RADEGUND, is an Austrian conscientious objector who was the only person in his village to vote against the Anschluss in the plebiscite of 10 April. He later joined the Third Order of Saint Francis in 1940 and worked as a sacristan at the local parish church. Accused of undermining of military morale, after a military trial he was sentenced to death on 6 July and subsequently executed by guillotine.
The municipality of Sankt Radegund at first refused to put his name on the local war memorial and his widow was refused a pension for a while. He was criticized by his countrymen, especially Catholics who had served in the military, for failing in his duty as a husband and father.
Pope Benedict XVI issued an apostolic exhortation declaring Jägerstätter a martyr in 2007. He was beatified on the same year.

Shooting in the Berlin-Brandenburg region, might also be titled JAGERSTATTER.
Top

Good. A historical drama is the kind of thing Malick needs in order to get back on track.
Top

Watch it get a more generic, English-friendly title once it's closer to getting released.
Top

I hope that he keeps that title. It's a great one.
Top

You guys are going to regret putting that "1" in the date on the subject line.
Top

I'm not sure anybody besides me cares about this, but IMDb says that neither Emmanuel Lubezki nor Jack Fisk will be working with Malick on this (probably due to it filming in Germany).
Top

The Narrator Returns wrote:I'm not sure anybody besides me cares about this, but IMDb says that neither Emmanuel Lubezki nor Jack Fisk will be working with Malick on this (probably due to it filming in Germany).

For the ignorant, why would filming in Germany be a issue for either of these men?
Top

Highway 61 wrote:Good. A historical drama is the kind of thing Malick needs in order to get back on track.

It is his best film since The New World so...
Top

There could be a sound argument that he hasn't done anything worthy since Badlands.
Top

carmilla mircalla wrote:There could be a sound argument that he hasn't done anything worthy since Badlands.

I pretty much doubt it.
Top

Can't get any better than Badlands or The Thin Red Line for me, but each film (apart from Knight of Cups, which I haven't seen yet) has it's own special quality for me.
Top

Dozens of new location/set/costume pics posted over at the One Big Soul facebook.
Top

Radegund now scheduled for a 2018 release according to The Film Stage.
Top

This One Big Soul post has a plot description, cast details, and info about international acquisition. The linked article says principal photography has been completed.
Top

Link to actual article for those not on Facebook
Top

Happy to see Bruno Ganz in the cast.
Top

flyonthewall2983 wrote:Knight of Cups, which I haven't seen yet

If you thought "To the Wonder" was abstract, you ain't seen nothin' yet.
Top

Does anyone know if this will be in English? IMDB and Wikipedia do not list the language. Would he be so daring as to make a foreign langauge film, which I think would be great if he did.
Top

I read on the One Big Soul facebook page (which seems to have inside connections to Malick stuff) that it's shot in English. A bit disappointing (if true) given Malick's fluency in German and his multi-lingual To the Wonder.
Top

Was Broad Green going to distribute this?
Top 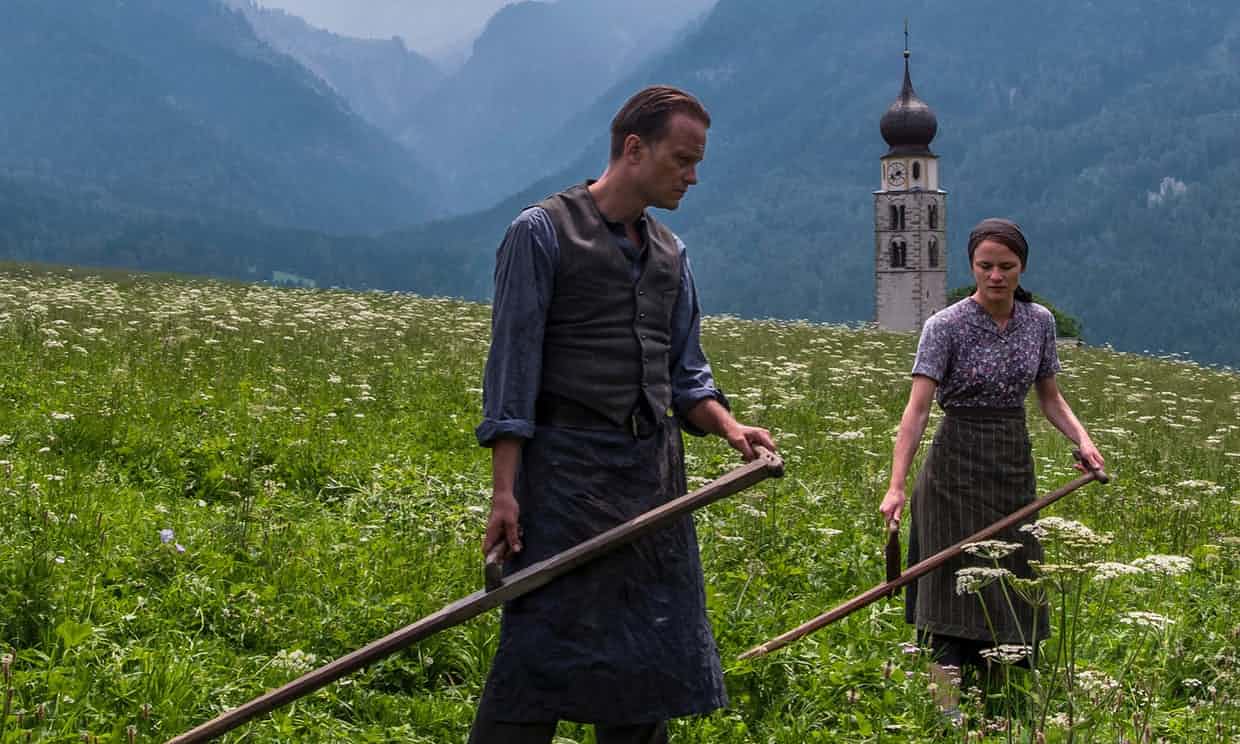 They are not listed on the IMDB page.

Also, on the IMDB page German is listed as the language. I hope that's not an error.
Top
Post Reply
163 posts