Yeah, TV on Blu is going to be a long and frustrating saga due to how shows were mastered in the 20th century. I can't think of many shows that would really benefit from the extra resolution though.

Since The Wire is a pretty straight up, non-effects driven show, its safe to say we'll see it eventually. Can't say the same about something like Sliders.
Top

I see that Season 1 of High Chaparral has been released in Germany, available here.
Top

I'm probably the only one on this board that this interests, but the first three seasons of Boy Meets World have recently been re-released. Slimmer cases and slimmer prices. You can find all of them for less than $15 each.
Top

I started off with Derek & the Dominoes doing the great old Chuck Willis tune It's Too Late. I thought it mighty odd that the bass player was stashed behind the drum kit. Turned out the reason was that Cash and Carl Perkins came out and joined the band for a version of Matchbox.

I'm just getting started with this, but looking forward to Roy Orbison, Neil Young, Ray Charles, CCR, Kristofferson, Bill Monroe, Waylon and Merle Haggard. Hell, even Satchmo does a duet with Cash, and Stevie Wonder does Heaven Help Us All.

Damn, Uncle Ray does a soulful bit of Walk the Line on piano.
Then does Ring of Fire with a full band, on his 40th birthday.
Top

I got excited then I saw the link: Amazon UK. I hope this gets a R1 release at some point. Even the return of the Emma Peel megaset would make me happy.
Top

What's wrong with the UK release? In a few months this will be about £80 or less and a US release won't have been announced by then.
Top

True, but £80 is still kinda steep for me. And this is a show that I'd like to share with friends - many of whom, unfortunately, are region-locked.
Top

Considering that each individual series cost £40, this will be a bargain (and don't bet on the US set being cheaper)
Top

Has anyone else had issues with their Twilight Zone First Season Blu set? The first disc wouldn't load at all, and on the second disc, the episode "What You Need" skips several scenes at the midway point which is all the more annoying as it was an excellent episode so far. I've already had one replacement disc from AxelMusic for the first disc and had to return that one too! I know from other forums that US buyers had problems with their sets as well so it seems Image Entertainment royally messed up with this set. Not going to preorder the second season until it's been confirmed that there are no faulty discs in it!
Top

Had an enjoyable time with the 2010 BBC program Churches: How to Read Them.
Richard Taylor is a good informative, enthusiastic host.
Some great looking shots of old churches.
6 episodes on the disc meant that it was nearly 3 hours long.
Each episode focuses on a different era and some of their pre-occupations.

Taylor does a nice job of quickly setting up the political, intellectual and religious era, and then hunts up examples in churches of that era and remodeled older churches.
Pretty remarkable that the Puritans started vandalizing churches -- including smashing out the stained glass face of God! (no graven images, check) and scratching off the faces of saints -- but then left these disfigured and mutilated images in some of the churches.

Very interesting, especially since my religious background is pretty shaky.
My only quibble is I had no idea where most of these locations were in England and could have used a map on the Dvd showing where the various key churches were.
Also, after Taylor explores a certain type of church in detail, they show other similar examples. I wish they had lingered longer on the examples. By the time you read and process the date, church name and location the image lasts too short to fully appreciate. I realize the Tv show has time limitations, but it would have been nice if the dvd could linger, or if there was an extra slideshow of the various examples one could go through slowly. Yes, I scrambled for the remote and used the pause button sometimes to get a longer look at the churches.

Anyway, this was an enjoyable series. Hope some peeps caught it on Tv or will check out the dvd. The show kept making me wish I was in these churches checking out their architecture and images.
Top

I'm with Lemmy on this. I caught the show when it was BBC4 earlier this year, and it is a really interesting series.

I see he's written a couple of books on the subject - maybe these would help with locations etc.
Top

They also had The Seven Ages of Britain hosted by David Dimbleby on Dvd.

Does anyone have any thoughts on these?
Any others recommended?
Top

mfunk9786 wrote:As I find the video quality of the Definitive sets acceptable enough, can anyone comment as to whether the new commentaries/features are worth the pricey upgrade to the Blu-ray seasons of The Twilight Zone?

I've been on the fence about this as well. A lot of these, if I'm not mistaken were shot on video, no? I'm in the same boat with all the Bond films too, If I upgraded those to BD it would be the fourth time in a decade.
Top

Season 3's Once Upon a Time
Top 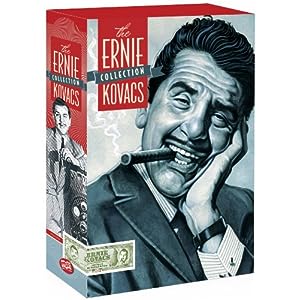 Just got the first season of Car 54 Where Are You? It's been a LONG time since I last saw this (almost 50 years, is it possible?).

Thinking about Treme -- do I go for the cheaper DVD version -- or pay 50% more for the Blu-Ray -- that is the question.
Top

Faux Hulot wrote:As long as we're talking TV, does anyone know if anyone has plans to release any episodes of John Cassavetes' Johnny Staccato?

Just found out this series has been out on 3-DVDs since last October.
Top

Columbo on Blu in December, only $650
Top

For those who've lived through the original Back to the Future and Season Six of the Office Blu-ray packaging, you'll be happy to know that Season Seven of the Office is in normal overlapping hubs like Season Five (and comes with a free poster of the cast laid out ala A Saturday Afternoon). Thank God Universal gave up on that Worst Packaging of All Time
Top

Good to know. And also good I never had to deal with that ridiculous debacle. (BTTF, I got the UK, The Office, I've only had on DVD) So Season 7 will be the first time for me to get on BD.
Top

One good addition not on the previous season:

The Blu-Ray edition of "Modern Family Season 2" has a "resume playback" function, so when you have it on "Play All" and you eject the disc, the player will save the place you left off. Something definitely necessary for TV season sets.
Top

There is no greater TV set feature than the one on the Lost Blu-rays. You are able to utilize "SeasonPlay," which plays the episodes one after another like any other "Play All" function, but at the end of each disc, much like a multi-disc video game or a multiple laserdisc film, it instructs you to insert the next disc (along with some cool "What's coming next?!" spoiler-free teases). Once you insert the next disc, it automatically jumps right to the next episode, skipping even all those FBI shenanigans. It's cooler than it sounds. And it also saves your place.
Top
Post Reply
507 posts