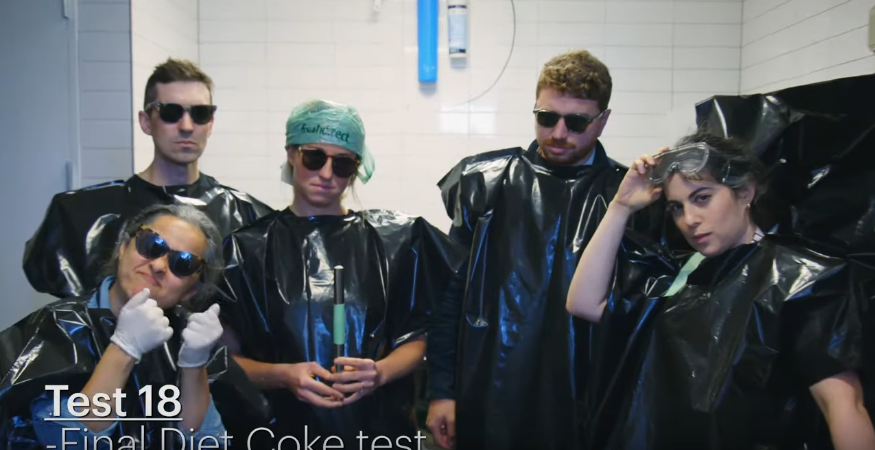 Minkin wrote: ↑
Mon Nov 17, 2014 10:36 pm
Does anyone else watch New Scandinavian Cooking? Its a great show - which mixes travelogue with hilariously impractical dishes - all cooked outside (usually in rain or with ingredients blowing away - once, the host lost all of his food by a sudden draft).

Thanks for the heads up. I just spent time in Sweden, Norway & Denmark in the past year & will be doing more so in the future, so this may actually come in handy. However, is this a serious cooking show or is Lars Von Trier taking the piss out of the foodie craze? I broke out laughing at the very opening of the first episode I watched: How To Make Smoked Reindeer Tacos


in one case, its stinging nettles. You can cook with those? The same thing that will give you a poison-ivy rash can be digested?

I've actually used these in salads, or at least I think it's the same thing. You can find them in health food stores here in California that carry a lot of bulk items. Not sure if they are poisonous, but they are prickly & usually already cut up into bits already so you don't have to do it yourself.

My favorite (serious) cooking show of late has been Italia Squisita since I have been trying to learn Italian. The show is subtitled in English. My favorite episodes to watch are those of Italian chefs (from actual restaurants in Italy) critiquing Youtube videos of popular Italian dishes. They will often be informative & give background how a recipe came into being & where in Italy it originated, but they are also very conservative & don't like nouvelle cuisine, so it's fun to watch their reactions to how other people around the world (and Italians) have embellished standard Italian recipes.
Top

Also on YouTube, I have just been reminded of the great Jun's Kitchen channel by his latest video. This channel has perhaps cornered the YouTube algorithm by being about both cooking and cute cats at the same time! (He's got another channel for more freeform content).
Top

The knives he's working with make me incredibly envious (... also, the same applies for his cats).
Top

In case you haven't seen the review in The Guradian, Paris Hilton has started her own Youtube cooking channel and her attempt to make lasagne is not to be missed.
Top
Post Reply
30 posts