Discuss DVDs and Blu-rays released by Second Run and the films on them.
Post Reply
34 posts
Message
Author

Hopefully a May or June release, which'll be available for pre-order soon so I can put it in my Amazon basket with all of the stuff I want in June.

I hope Konkurs and Loves of a Blonde get a HD boost soon.
Top

Never heard anything of this, how is it? I've only seen the great Firemen's Ball from Forman's early films
Top

dda1996a wrote:Never heard anything of this, how is it? I've only seen the great Firemen's Ball from Forman's early films

If you like any of Forman’s Czech films, you’re all but certain to like this: the quality threshold he maintained throughout this period of his career was formidably high.
Top

I would say everything I watched by him except for Taking Off (which Im hesitant to invest with a re-watch) has been terrific, but I haven't seen anything post Larry Flint or much else except for his most well known
Top

Last year the Czech Film Archive released the restored version on DVD but no Blu-ray from them yet which I thought was a bit funny. So this is a very welcome release.

Really anxious to see what the extras department offer but a short film sounds nice. I’m sure Forman directed some in the sixties.
Top

I like it better than the two Formans Criterion put out (and I like those). It was a key world cinema film of the sixties that fell to the wayside here thanks to our friends Facets, though it's a bit too shaggy for me to call it fully worthy of its once vaunted position. I imagine most anyone here would at least enjoy it though!
Top

This was one of the first Forman films shown on SBS TV in the mid-80s here in Australia. I taped it and still have the slightly doubled-imaged, poorly contrasted copy on DVD-r in my collection. To get this upgraded straight to Blu is worth the wait.

As far as the film is concerned: if you like Forman or the Czech New Wave do not hesitate. This is a very amusing piece indeed. The very long central ‘party’ scene is quite remarkable and anticipates the similar scene in BLONDE. Jan Vostrcil is excellent as Peter’s father and gives a definitive performance as the ineffectual educator-dad. (His fatherly advice cannot ever hope to cross the generation gap.)
Top

Jan Vostrčil appeared in all of Forman’s Czech films (unless you count Talent Competiton as a separate film, although he utterly dominates its companion-piece) and is one of the great but largely unsung heroes of the Czechoslovak New Wave.

Despite acting for Forman, Ivan Passer (Intimate Lighting), František Vláčil (Adelheid) and others, he was never a professional actor as such, and he would undoubtedly have ended his career and reputation as an obscure provincial musician if Passer hadn’t discovered him when looking for conductors with screen presence for the short If There Were No Music. Apparently Vostrčil took a lot of persuading, and is essentially playing himself in that film, but Forman liked him so much that he started giving him straight acting roles, and Black Peter is one of his best. 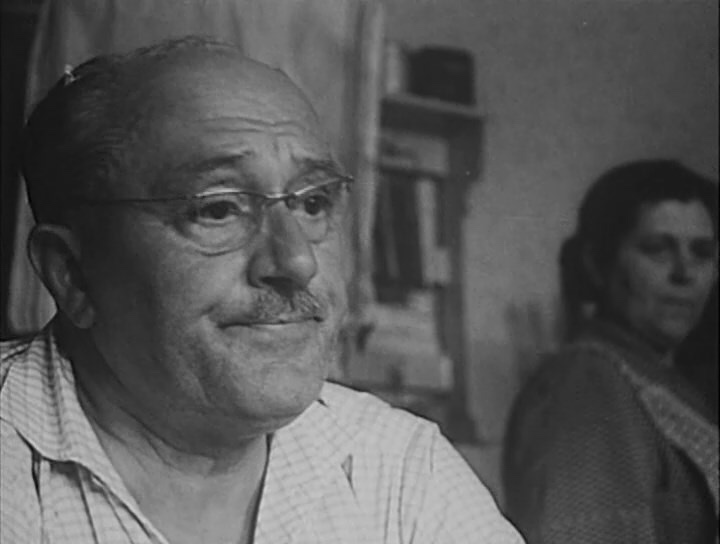 Is that photo from your atrocious Facets DVD Michael? I’m sure you will be happy to replace it soon.
Top

charal wrote:Is that photo from your atrocious Facets DVD Michael? I’m sure you will be happy to replace it soon.

I just grabbed it off a Google Image search - I have the old Czech DVD. Which also doesn’t look great, but at least the subtitles are optional and in sync.
Top

Black Peter is a wonderfully wry and provocative comedy about a young man growing up in a 1960s Czech provincial town. Taking the Best Film prize at the 1964 Locarno Film Festival, this early masterpiece of the emerging Czech New Wave brought to the screen something that Czechoslovak filmgoers weren t used to an authentic testimony about the lives of young people.

Forman went on to become the most successful of all his Czech contemporaries, moving to America where he had huge international hits with films like One Flew Over the Cuckoo's Nest and Amadeus works that won him Best Director Academy Awards in 1976 and 1985 respectively. Forman made many important American films, but stayed true to his Czech roots. Black Peter, along with his other early works (which include his classic 1965 film A Blonde in Love), perfectly capture the authenticity and atmosphere of life in the eastern bloc during the early 60s, and the feelings of Czech teenagers in youthful rebellion on the cusp of the Prague Spring.


Fingers crossed an upgrade of A Blonde In Love is forthcoming - the 'part one' detail on the Life As It Is feature seems to imply more is on its way...
Top

I've had a sneak preview of the restoration for commentary-timing purposes and it is indeed utterly transformed. Not that this comes as a huge surprise.

And A Blonde in Love has indeed just been restored, so I wouldn't be at all surprised to see a Second Run upgrade in the not too distant future - not least because Arrow has The Firemen's Ball so that one's off limits.
Top

dda1996a wrote:Never heard anything of this, how is it? I've only seen the great Firemen's Ball from Forman's early films

This was the first Czech Forman I saw and I really didn't care for it; Loves of a Blonde takes the milieu in so much more interesting narrative and emotional directions.
Top

I wonder if Konkurs might be in the pipeline for an upgrade?
Top

It wouldn’t surprise me if there were plans to restore it now that they’ve done all Forman’s other Czech films.
Top 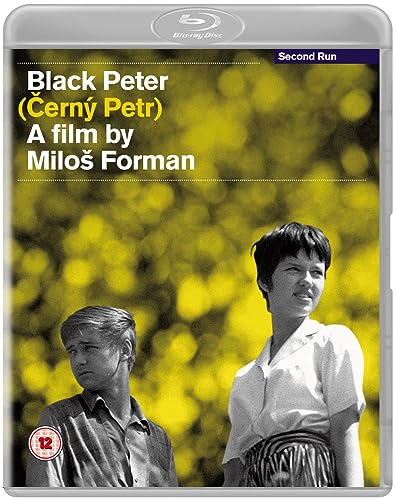 Oh, yes, that yellow is a nice surprise. I know it's a numbers game, but Second Run really haven't put a foot wrong in the cover department for ages.
Top

In a really bizarre coincidence, I'm just tweaking my commentary over this very scene! Only what I've got playing in front of me isn't quite as visibly sun-dappled in the background.

(I hadn't seen the cover until just now.)
Top

Looks like this is now out on July 9. Various UK etailers heve this date and it would have shown up on Second Run’s site by now if it was out this Monday. Hopefully Amazon will honour my order and ship after July 1st. (That’s right folks another unhappy Australian here.)
Top

MichaelB wrote:They appear to have added an interview with lead actress Pavla Martínková, which might well be the reason for the slight delay.

...and the interview was only filmed last month (and not by Second Run themselves), so there you go.

But my contributor copy turned up today, so I can confirm that final shrinkwrapped copies now exist.
Top

Full details of this release now up at our website - and available to order now.
Top

"This is a very impressive release. The image is a giant leap over the SD transfer from many years ago. It is significantly sharper, has beautifully layered contrast, exports depth and looks great in-motion. The grain structure is solid and gives the picture a film-like impression.

Second Run include a handful of informative supplements, starting with a wonderful audio commentary by film historian Michael Brooke... With the beautiful transfer and documentary, informative Brooke commentary, and interviews, this is a fantastic package from Second Run. The 1080P Blu-ray world premiere has visuals that really shine... Bravo to Second Run once again, and this release is Region FREE! Our highest recommendation!"
Top
Post Reply
34 posts