Bill Lustig appears on the newest episode of my show Supporting Characters. We talk at length about Blue Underground, how he initially became involved in home video, his years working with Anchor Bay Entertainment, select films he's been involved with, and a good deal more. He did confirm that My Brilliant Career is coming to Criterion, though I gather it was already determined around here that Janus had it.

Just want to say, very happy with the Stendhal replacement. First time I’ve seen it look good. This has been through so many unsatisfactory home video presentations. Maybe there’s a line missing but I can live with this.

Also, just watched Larry Cohen’s God Told Me To. New York looks extremely crisp and fresh and vibrant in this excellent release. Got me in the mood for Shout’s It’s Alive Trilogy, arriving hopefully this week.
Top

Thankyou for your wonderful podcast. The Bill Lustig episode was a really interesting listen (the Dario Argento stories were great), and again, I'm finding my listening to The Rialto Report is informing things I hear and read lately. It was personally weird for me listening to the Alexandra Heller-Nicholas episode, as I was at Uni with her for a short while, but it made for an engrossing though weirdly voyeuristic tale of what she's been up to since then. Looking forward to many more episodes to come, I hope.
Top

In Italy, it was considered the 'unofficial sequel' to DAWN OF THE DEAD. In England, it was known as ZOMBIE FLESH EATERS and banned as obscene. In America, it was called ZOMBIE and advertised with the depraved tag line "WE ARE GOING TO EAT YOU!" Tisa Farrow (THE GRIM REAPER), Ian McCulloch (CONTAMINATION), Al Cliver (CANNIBALS), and Richard Johnson (THE HAUNTING) star in this worldwide splatter sensation directed by 'Maestro Of Gore' Lucio Fulci (CITY OF THE LIVING DEAD, THE HOUSE BY THE CEMETERY) that remains one of the most eye-skewering, skin-ripping, gore-gushingly graphic horror hits of all time!

Just in time for its 40th Anniversary, Blue Underground is proud to present ZOMBIE in a brand-new 4K Restoration from the original uncut and uncensored camera negative. This is ZOMBIE like you've truly never seen it before, bursting at the seams with hours of new and archival Extras!

Directed by William Lustig (MANIAC COP 2, VIGILANTE) and featuring landmark gore effects by Tom Savini (DAWN OF THE DEAD, FRIDAY THE 13th), this relentlessly shocking and disturbing film was originally censored all over the world due to its graphic violence. Now Blue Underground is thrilled to present MANIAC in a brand-new 4K Restoration from its recently discovered 16mm original camera negative, overflowing with hours of new and archival Extras!

Cover art and release date for the new 4K restoration of Fulci's The New York Ripper:

THE NEW YORK RIPPER is coming for you on June 25th! Feast your eyes on our exclusive new cover artwork painted by acclaimed Italian poster artist Enzo Sciotti. Full release details will be revealed soon...

I confess I couldn't get through this film without laughing due to all the literal quacking. Perhaps upon a rewatch the film will be slightly less (Or more) humorous.
Top

Any update on Two Evil Eyes and its release date?
Top 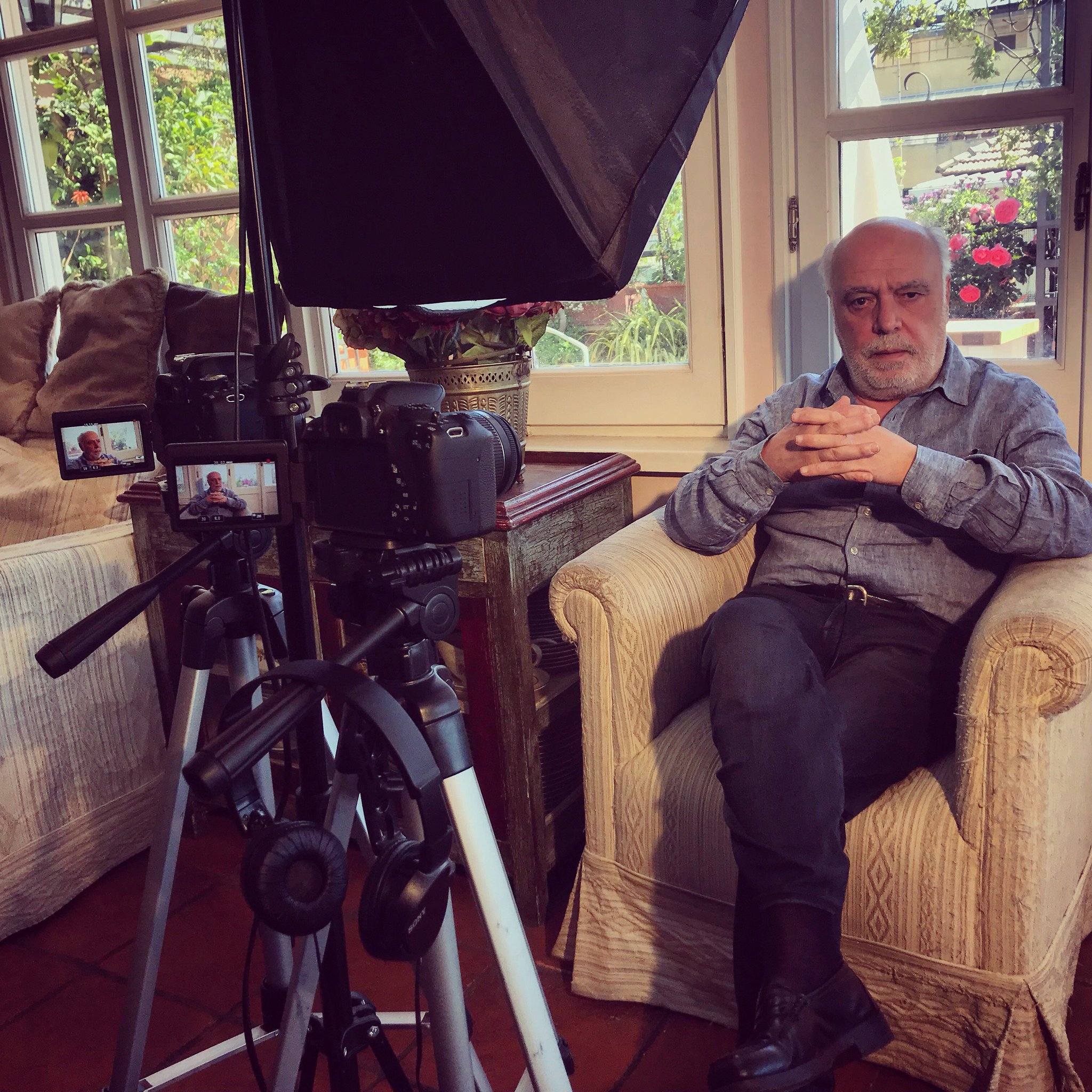 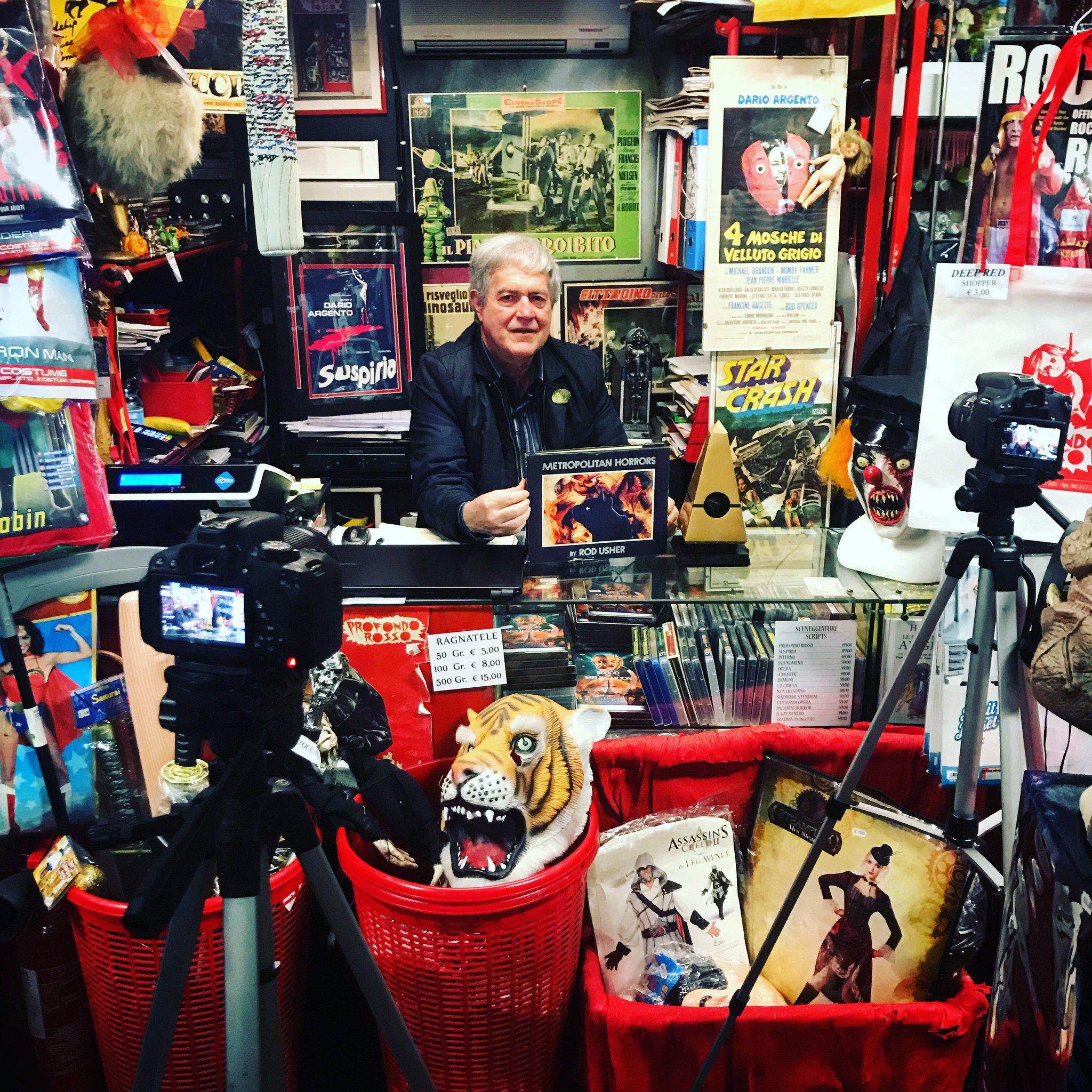 Nice. Excited about this one. BU’s rereleases have been of a very high standard. I admire the Argento’s section in spite of its imperfections.
Top

I'm way late to the game here. I only just got around to reading reviews of the Zombie and New York Ripper sets. I had no idea they went the extra mile and did entirely new restorations from the original negatives. I guess my mind just flew past those specs and thought of it as fluff.

Is it likely any online retailers still stock Zombie with the slipcase? I don't know just how popular it was if the first pressing sold out. I don't think Ripper would have run out of slipcase copies so far so I'm not too worried there.
Top

They printed a lot of the slipcovers, but BU recenty posted that they were down to the last 500 of one of them (the eye splinter one, I think.)
Top

House by the Cemetery got 5/5 scores all round (picture, sound & extras).

I’ll certainly be picking that up, along with Zombie & New York Ripper.

So what other Italian films are in the works? Any Sergio Sollima upgrades from the old DVDs? Violent City, Run Man Run & Revolver? Also BU put out Fulci’s 4 of the Apocalypse & Contraband for dvd? Are the rights available and materials good enough for an upgrade?
Top

Looks like Daughters of Darkness is BU's next 4K restoration

We just got our first look at the new 4K restoration of DAUGHTERS OF DARKNESS and it's absolutely stunning! Scanned from the recently discovered original camera negative, with sumptuous color grading supervised and approved by Director Harry Kümel. All prior transfers were from 35mm prints, so this one is a truly significant upgrade. More news soon...

And I was just searching for the old BD last night. Wonderful fucking surprise/news.
Top

Blue Underground announced that they are releasing Zombie on UHD.
Top

Blue Underground announced that they are also releasing Maniac on UHD. Both the Zombie UHD and Maniac UHD are due on May 26th.
Top

Advanced sales on our ZOMBIE and MANIAC 4K UHDs are off to a strong start. The first pressings are already two-thirds sold out! If you're one of those collector's who really wants the slipcover, we suggest you order sooner rather than later.

So with this good news, we've made the decision to release a couple more of our 4K restorations on UHD this year. And going forward, select New Releases will debut as 4K UHD + Blu-ray combos! We've got at least 5 more 4K restorations in the works, so look for some exciting announcements soon!!

What was the size of these pressings thought ? 1000 ?
Moreover, aren't those BU's cash cows ?
Top

Impossible to know, but I can't imagine 600-700 sales would be anything to shout about, especially in the US market. I certainly couldn't see a label proceeding with further releases of a new ultra niche format on such figures.

I wish Arrow would at least attempt to copy what BU have done here, that is, re-release on UHD two high profile proven sellers (Deep Red and To Live and Die in L.A would be two great candidates) and see how they do, and if the numbers are good enough plan a few select releases going forward. No one is expecting a wholesale switch over to the new format, it's just a real shame to see releases that are UHD ready (and in some cases released as such elsewhere) be consigned to BD. Oldboy for instance would have been a great start.
Top

EddieLarkin wrote: ↑
Fri May 15, 2020 6:01 am
Impossible to know, but I can't imagine 600-700 sales would be anything to shout about, especially in the US market. I certainly couldn't see a label proceeding with further releases of a new ultra niche format on such figures.
So I suspect 2000-3000 is more likely the pressing size.

I don't know either, but I seemed to remember this is what was announced, though I might be mixing this up with something else. But none of those 2 titles are DF so these are purely 4K sales, they can't be boosted by future-proofing, so I would be Moreover, I know that Studio Canal best-sellers in France aren't doing much more than 2000 copies : they sold in about 1 year 1700 copies of The Deer Hunter, 1500 copies of the Rambo trilogy and Cliffhanger, and about 1000 copies of each of their 4 Carpenter movies. And those were DF releases (some of them in Steelbook) of movies I'd expect to have more sales potential than Maniac or Zombie.

That's why I'm curious about this.


EddieLarkin wrote: ↑
Fri May 15, 2020 6:01 am
I certainly couldn't see a label proceeding with further releases of a new ultra niche format on such figures.


EddieLarkin wrote: ↑
Fri May 15, 2020 6:01 am
it's just a real shame to see releases that are UHD ready (and in some cases released as such elsewhere) be consigned to BD. Oldboy for instance would have been a great start.

I wonder however how many 4K restorations can technically be released on UHDs. For instance, Carlotta wanted to release Donnie Darko on UHD, but it turned out the only available files were in 2K SDR. They pondered doing some Ozu too, but they were only in 4K SDR. I've been told also that HDR on catalogue movies is way more useful when the material is scanned in HDR and then treated through a whole HDR workflow rather than using a SDR scan and doing a "post-production" pass, but not being equipped and not seeing this discussed often, I don't know how visible this is. There also was the Kino story about the Leone, who's whole grading would have been required to be redone from scratch in order to make the HDR treatment for a UHD release. And Metropolitan released the 4K Bruce Lee titles on UHD HDR, for a barely visible upgrade vs the BDs (especially the Shout's BDs, since Metropolitan kept Ritrovata's gradings untouched).

I have no idea how many like these there are, but I wouldn't be surprised to learn that despite lots of 4K restorations being performed, not many of them could actually be properly released on UHD. I'd be quite curious, for instance, to know exactly the workflow for the DV UHD of Oldboy.
Last edited by tenia on Fri May 15, 2020 7:38 am, edited 1 time in total.
Top

How big is the French market compared to the US though, or even just Germany?

I think brand loyalty shouldn't be underestimated, especially for the horror genre labels/titles. I wouldn't consider myself a rabid horror fan by any stretch but I'll gladly pre-order titles like these from an outfit like BU (and have done so), whilst there's not a chance I'd throw money StudioCanal's way until I feel like I'm getting a good deal/bargain. Their work is still shoddy as hell outside of the few times they hire David M.
Top
Post Reply
395 posts